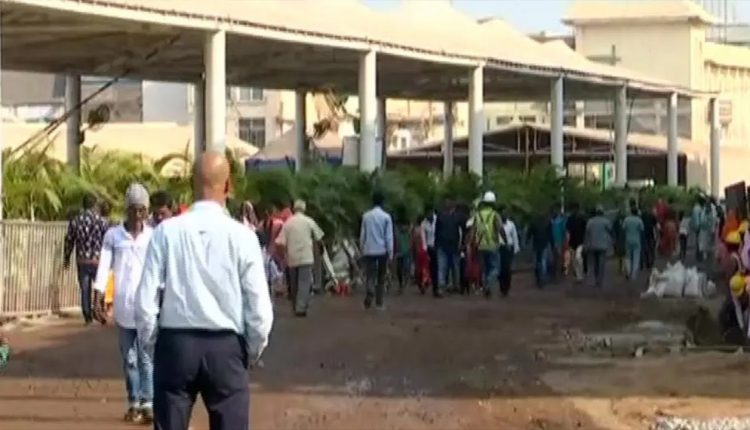 Puri: To ensure convenience of the devotees visiting Shree Jagannath Temple in Odisha’s Puri, a narrow path was opened on Tuesday from the King’s palace to the Singhadwara, the main entrance of the 12th century shrine.

The devotees, mainly locals, had to walk at least 3 kms extra distance to reach the Lions Gate or the other side of the temple because of the on-going construction work under the Srimandir Heritage Corridor Project, sources said.

The narrow path has been opened on priority to provide some relief to the devotees and the locals who use this portion of the Grand Road to reach the temple.

As the construction work taken up by the Odisha Bridge & Construction Corporation (OBCC) is still in progress, movement of vehicles has been prohibited in the area. The path has been opened only for pedestrians, said an OBCC official.

The ongoing project work has reportedly made the Grand Road and approach routes for the temple inaccessible for people. Broken roads, dug-up pavements and piles of stone pieces seemed to have made it difficult for commuters.

Locals, shopkeepers as well as visiting tourists have been demanding steps to accelerate the project work.

Residents of places like Baseli Sahi, Markandeswar Sahi and Harachandi Sahi are reportedly having a tough time as they have to travel additional 3 to 5 kms to reach the other side of the temple.

In view of the inconvenience being faced by the people, the OBCC has taken necessary steps to ensure completion of the project work by the end of this year, sources added.