Sriballav Panigrahi Belonged To A Rare Breed Of Politicians: A Tribute

Bargarh MP & senior BJP leader Suresh Pujari dwells on his association with Panigrahi, who was one of the tallest leaders of western Odisha & had the distinction of being the youngest cabinet minister in India in 1973. He passed away on July 9, 2015. 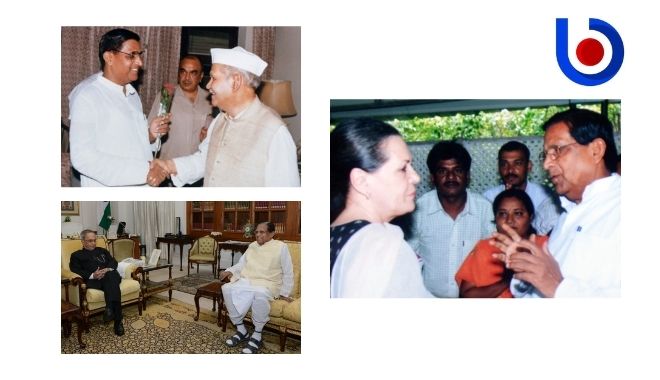 After attending a zonal conference of BJP at Kolkata, when I came back to Sambalpur and got down from Samaleswari Express at 9.30 am, a shocking news was awaiting me. Yes, Sriballav Panigrahi had passed away at a private nursing home in Bengaluru about an hour ago. I could not believe my ears as he was active when I had seen him last few weeks back. I talked to his sister Dr. Raseswari Panigrahi and brother Subash Panigrahi over mobile from the railway station itself to confirm before returning home.

I knew Sriballav babu since my school days. He was a politician of a different breed, different taste and different character. In the age of criminalized politics, criminals were nowhere near his shadow. An immensely talented politician, he stood committed to the cause of Sambalpur region till his death. When I was the Chairman of Sambalpur municipality, I saw him participate in the District Planning Committee meetings and practically taking tuitions of the bureaucrats on government schemes as well as problems in the district.

Contrary to the present trend, he was also a man of literature, having deep interest in Odia and Sambalpuri languages. He was also deeply involved in the campaign demanding constitutional status for Sambalpuri language and erection of the statue of Veer Surendra Sai in the premises of the Indian Parliament. It was a privilege for me to be associated with him in many such movements, including the one demanding the establishment of the Indian Institute of Management (IIM) in Sambalpur. His pair of eyes  spoke about his personality all the time. While in one eye I saw tears of sorrow for the oppressed, the other eye had the spark of fire against the oppressors.

In my opinion, he did not get the place he deserved. Completion of the work for which he fought relentlessly till his death will be the right tribute to him. Perhaps his death is the end of an era in Sambalpur. Sambalpur will miss him for a long long time.

From Bolt To Fraser-Pryce, The Fascinating Journey Of Olympic Super Sprinters