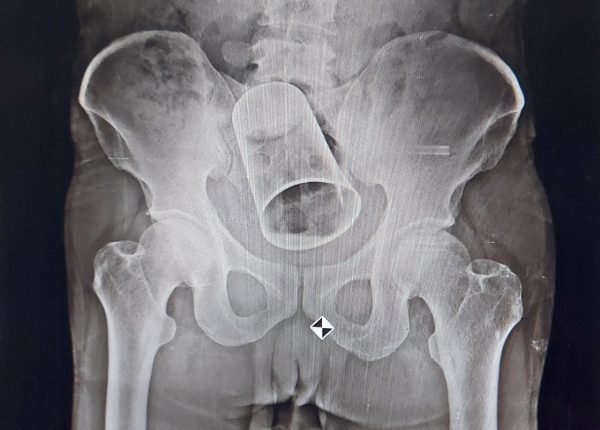 Berhampur: The Gujarat Human Rights Commission has started an investigation into the incident of some miscreants forcibly inserting a steel glass into the intestine of an Odisha man through anus in Surat.

The Commission has launched the investigation after the man, identified as Krushna Rout of Balipadar village under Buguda block of Ganjam district, filed a complaint regarding the incident.

Krushna, in his complaint, mentioned that he has been staying in Surat for the last 27 years. On the night of August 1, he had gone to toilet away from his house and while returning, some youths in inebriated condition assaulted him. They pinned him down and inserted the steel glass through his rectum.

Krushna further said the glass went into his intestine subsequently and he started feeling acute pain in stomach. He returned to his village and went to MKCG Medical College and Hospital at Berhampur for consultation with doctors.

After an X-Ray was taken, the doctors could know that the glass had been placed inside the intestine. Subsequently, the steel glass was brought out of Krushna’s intestine through surgery in the MKCG Hospital on August 19.

Acting on Krushna’s complaint, the Commission has sought a detailed report from Baidyanathpur police station in Berhampur. The police would get the details of the surgery from the hospital authorities and send their report to the Gujarat Human Rights Commission, sources said.