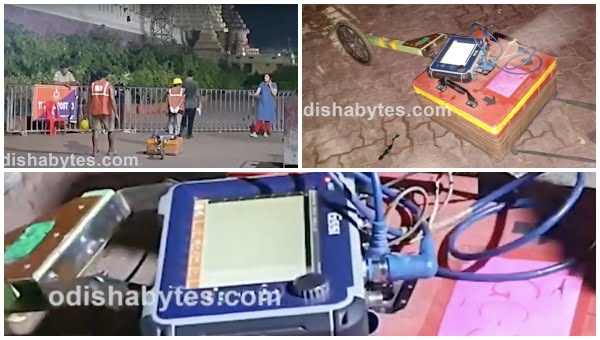 Questioning the ‘late night’ activities around the Jagannath Temple in Puri, the BJP leader had alleged that the GRPS was being conducted now on the sly. “The area was dug up using JCB machines without conducting a GPRS late in the night and now, again the survey is being undertaken away from the public glare at night,” he alleged.

He further accused the Puri MP of lying about GPRS being conducted despite the Archeological Survey of India (ASI) affidavit after joint inspection with OBCC stating just the opposite. “The Odisha government and Pinaki Mishra are trying to fool the people of the state. The Puri MP needs to explain this to the public,” he added.

The ASI, in its affidavit to the Orissa High Court, had submitted that no GPRS was conducted to ascertain the archaeological and historical importance lying buried in the subsoil of 75m radius (Construction Zone) of the centrally-protected monument before the commencement of the project. No heritage impact assessment studies were also conducted and the ongoing construction work of the Puri Heritage Corridor may have caused damage to the 800-year-old Jagannath Temple. “There is every possibility that the agency OBCC during the excavation or soil removal might have destroyed the archaeological remains of the heritage site,” the affidavit added.

Responding to these allegations, Deo asserted that the GPRS was conducted earlier and submitted along with the detailed project report to the National Monument Authority (NMA). “The NMA had permitted the reception centre at a lower height. It was shifted to the regulated zone since the government wanted to make it taller,” she said.

Notably, Shree Jagannath Temple Managing Committee on Saturday had endorsed the resolution of Srimandir cultural committee headed by Gajapati Dibyasingha Deb, which as per the direction of Director General ASI, has suggested constructing the pilgrim shelter/reception centre beyond 100 metres of the 12th-century shrine and restrict the height within the limits of Meghanad Prachir.

Stating that Patra’s statements were hurting sevayats of Jagannath temple, BJD spokesperson also urged him to refrain from doing politics over the Parikrama project. 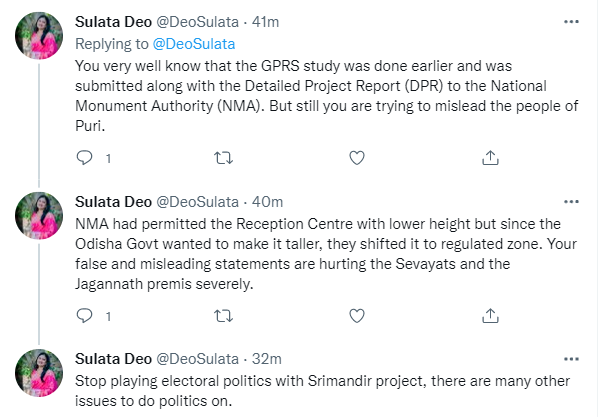 4 Killed In Lightning Strikes In Odisha In 24 Hours!