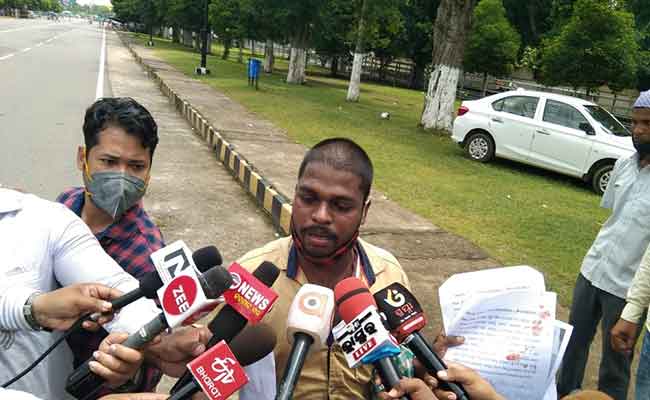 Cuttack: Two journalists of a web channel have reached Mangalabag police station here on Wednesday for interrogation in connection with the death of Dushmanta Das (30), a youth of Jagatsinghpur district.

Das had consumed poison near the State Assembly and succumbed in SCB Medical College and Hospital on September 9.

Earlier, Mangalabag Police had sent notices to the two journalists Asit Kumar Rout and Dipti alias Damodar Sethi of Swapna TV for interrogation in connection with the death of Das.

Meanwhile, in a press meet on Wednesday, BJP leader and former MP of Jagatsinghpur Bibhu Prasad Tarai blamed the state government for the death of Das.

“After slitting his wrist and consuming poison near the Assembly, police had admitted Dushmanta to the Capital Hospital at 12.30 pm. As his condition worsened, the doctors discharged him from the hospital at 1.30 pm and referred him to SCB Medical where he reached at 4 pm. Why and how did it take the police two and half hours to cover a 30 km distance? This clearly shows that there was a conspiracy to kill him,” Tarai maintained.

Claiming that the death of Das was due to the gross apathy of the state government, Tarai said before his death the youth had said that the hospital authorities had not treated him properly even though he had the Biju Swasthya Kalyan Yojana (BSKY) card.

“The BSKY cards issued by the state government are of no use. Rather these are the pushing cards,” Tarai pointed out.