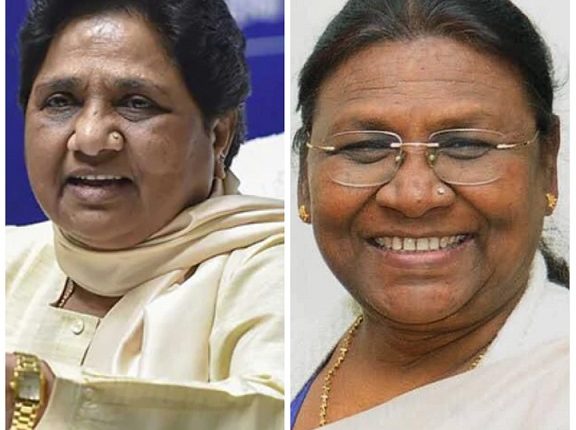 New Delhi: Support for NDA’s Presidential candidate Droupadi Murmu is swelling with BSP chief Mayawati on Saturday announcing that the party will back her in the polls.

Mayawati said that the decision was in line with the party’s vision, which “has identified the tribal community as a major part of our movement”.

“We have decided to support NDA’s Presidential candidate Droupadi Murmu. We have taken this decision neither in support of the BJP or NDA nor against the Opposition but keeping our party and movement in mind,” she said.

“The BSP is the only national party whose leadership is with Dalits. We are not a party that follows the BJP or Congress or one that is involved with industrialists. On the other hand, we take decisions in favour of the oppressed and if any party takes a decision in favour of such castes or class of people, we support these parties irrespective of the consequences,” she said.

The BSP chief also lashed out at the Opposition, saying that she was not consulted on the Presidential choice. “West Bengal Chief Minister Mamata Banerjee called only a few select parties for the first meeting and NCP chief Sharad Pawar also did not invite the BSP for discussions,” she said.

The BJD in Odisha and the YSR Congress (YSRC) have already announced their support for Murmu.

Andhra Pradesh Chief Minister Jagan Mohan Reddy extended his party’s support to Murmu on Friday, saying that this was in line with the emphasis he has always given to the representation of SCs, STs, BCs and minority communities.

Besides the BJD and YSRC, the Janata Dal (United) and Lok Janshakti Party (Ramvilas) have also extended their support to Murmu. The AIADMK is also expected to back her. National People’s Party (NPP) chief and Meghalaya Chief Minister Conrad Sangma too has announced his support for her.

Plus II Results To Be Delayed By A Month This Year In Odisha; Know Why