Watch: Students Jump Off Building In Surat After It Catches Fire, 15 Dead 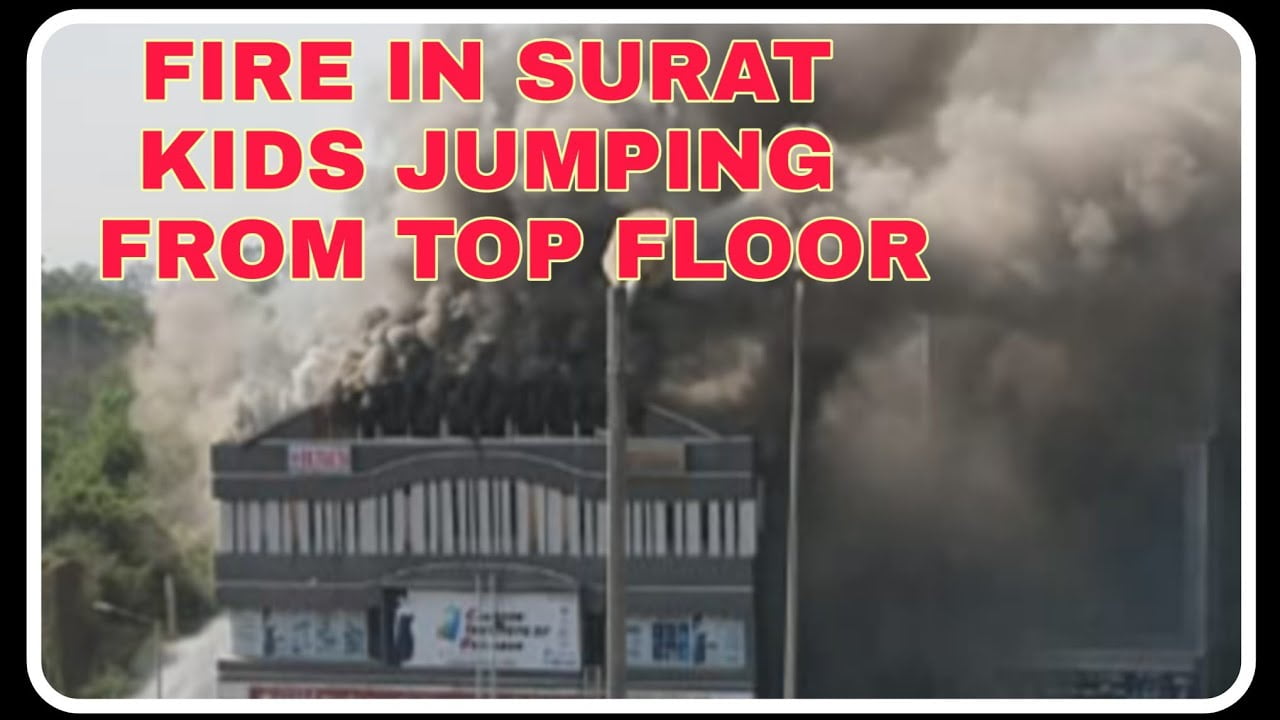 Surat: Several students jumped off a multi-storey building here, where they were attending coaching classes, after a massive fire broke out on Friday afternoon.

The fire engulfed the third and fourth floor of Taxshila Complex, NDTV reports.

As many as 19 fire engines and two hydraulic platforms were sent to douse the flames.

Videos recorded by witnesses have gone viral on social media. They show several students jumping off the third and fourth floors of the building to escape the blaze. According to NDTV, most of the students are said to be between the ages of 14 and 17.

PTI, quoting a fire official said, “Students on fourth and third floor jumped off to the ground to save themselves from fire and smoke. Many have been rescued and sent to hospital. The operation to douse the fire is on.”

Meanwhile, condoling the incident on Twitter, Prime Minister Narendra Modi said, “Extremely anguished by the fire tragedy in Surat. My thoughts are with bereaved families. May the injured recover quickly. Have asked the Gujarat Government and local authorities to provide all possible assistance to those affected.”

“Deeply saddened by the news of Surat fire tragedy. Instructed officials to do needful. My prayers are with all those affected. May those who have been injured recover at the earliest. I pray for the departed souls. Om Shanti,” Gujarat Chief Minister Vijay Rupani tweeted.

Lok Sabha Polls In Odisha: The Winners & The Losers