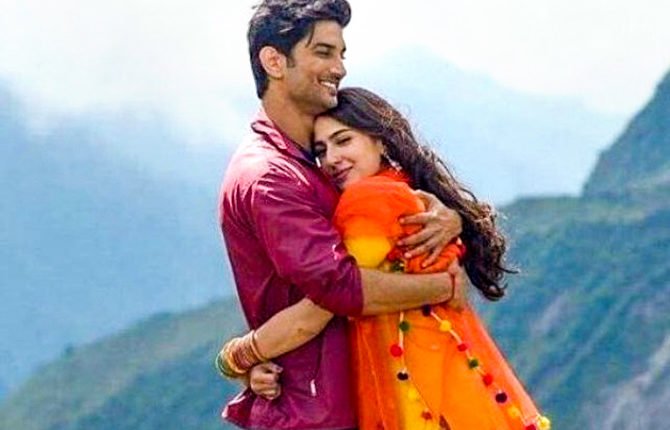 Mumbai: Actress Sara Ali Khan, who admitted to dating Sushant Singh Rajput, apparently told the Narcotics Control Bureau (NCB) that the late actor had cheated on her when she was in a relationship with him.

According to a report in PeepingMoon.com, Sara revealed everything about her relationship with Sushant during her interrogation by NCB officials on Saturday, .

The actress even shared the chats between her and Sushant with her interrogators.

Sara also revealed that she had seen Sushant smoking weed on a few occasions. However, the actress maintained that she has never consumed drugs.

Sara and Sushant reportedly started dating each other during the shooting of ‘Kedarnath’. The report further suggested that the two parted ways in 2019.

Earlier, Sushant’s friend Samuel Haokip had shared a post on his Instagram handle, stating that the duo was inseparable during the promotions of ‘Kedarnath’.

We accept the love we think we deserve -Stephen Chbosky

Also Read: Did Sara Ali Khan Break Up With Sushant Due To Pressure From Bollywood Mafia?