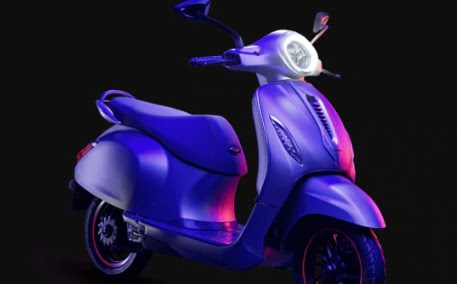 Tata’s VP-Global Design, Pratap Bose has criticized Bajaj by calling the Chetak’s design a “sad day for Indian design”. He pointed out that Chetak’s design was copied from Vespa.

After the unveiling of Bajaj’s first electric scooter, MD Rajiv Bajaj had taken a dig at competitors saying, “It amazes us that every company that was importing mobiles, refrigerators and TVs from China and every company which was making batteries now think they can make electric two-wheelers.”

To this, Bose reacted on Twitter: “Interesting coming from someone who has ripped off a VESPA”.

Inspiration for the original #Chetak was the Vespa Sprint. The new age Chetak seems happy to draw inspiration from the Italian family tree again it seems. Can you recognise all 3 scooters seen in this montage? SVP #BajajAuto #ElectricScooter #ElectricVehicles #EV #Retro #Vespa pic.twitter.com/CbfhfOkoVr

The first Bajaj Chetak launched in 1972 was a licensed product from Piaggo Scooter – the Vespa Sprint. After a decade, Bajaj launched its own standalone model.

Pratap Bose is the man behind the Tata Harrier’s design and other new IMPACT 2.0 designed vehicles of Tata. He has worked with Piaggio as well.

Let us know what you think about the new Chetak’s design.

Talking about the new Bajaj Chetak electric, it has a real-world range of 95 km and will be launched in January 2020.

Karnataka Students Made To Wear Cartons For Exams; Know Why