Technology A Key Differentiator In Connecting 300 Schools At eSAITED 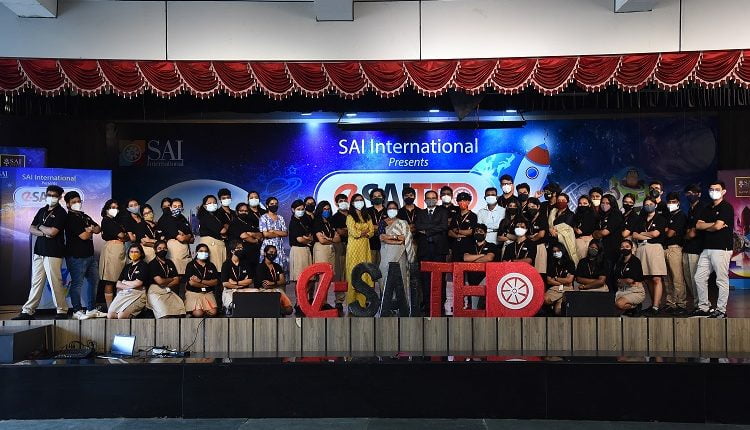 Bhubaneswar: While virtual events and meetings have become a norm, especially since COVID pandemic hit the world, a city-based school took it to the next level recently. Unlike other schools that take the usual Zoom or Google Meet routes, SAI International School here adopted a custom-designed interactive platform for their e-SAITED event held earlier this month.

The event, which aimed at promoting science and entrepreneurship among school students, surprisingly had students hooked on to it throughout the day.

“We turned the COVID pandemic into an opportunity by connecting more than 7500 students from more than 300 schools with 200 live projects from across the globe  to our event. This actually helped us take eSAITED to the next level,” SAI Group chairperson Shilpi Sahoo told Odisha Bytes.

“The interactive platform was the key to achieving this,” supplemented a technical spokesperson of the school. Apart from TED and MED talks, tech fairs and demonstrations, there were gaming sessions and workshops including awareness on mental health, drone-making, virtual reality, sessions on neuroscience and unsolved mysteries of science, the spokesperson informed.

To lighten up things, there was even a stand-up comedy session by Kumar Varun at the end.

The event was end-to-end managed by students of Class 11 and 12.

Being part of Round Square group, among the 300 plus schools which participated were quite a few foreign schools as well. It also included around 200 schools functioning under the Odisha Adarsha Vidyalayas.

Premier educational institutes such as IIMT, IIT-Bhubaneswar,  ILS and others also showcased their projects in the event.

The school is going to use funds generated from these events to setup 100 libraries for the underprivileged around Cuttack and Bhubaneswar, revealed the spokesperson.

The school is getting ready for another mega-event which will be organized by the students of Commerce and Humanities soon.

Pipili Bypoll: BJD’s Rudra Maharathy Leading By 13419 Votes After Round-12