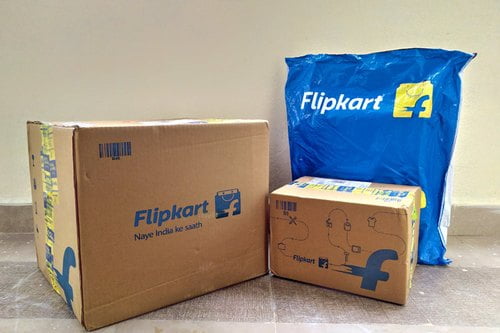 New Delhi: The National Green Tribunal (NGT) has directed the Central Pollution Control Board (CPCB) to conduct environmental audit and recover fine from Amazon and Flipkart for violation of environmental norms.

The NGT directive came during the hearing of a petition filed by a 16-year-old boy, who approached the tribunal to stop e-commerce giants Amazon and Flipkart from excessive use of plastic in their packaging, news agency PTI reported.

The tribunal faulted the CPCB for not taking coercive measures, including invoking of “polluter pays” principle, for enforcing the statutory norms against excessive use of plastic by the e-commerce giants.

“A report has been filed by the CPCB, which again mentions one or other reasons for not enforcing the law but does not mention the coercive measures adopted either directly by the CPCB or in coordination with the state pollution control boards,” a bench headed by NGT Chairperson Justice AK Goel said.

“The CPCB can also consider ordering environmental audit against the concerned entities and assess and recover compensation for violation of environmental norms,” the bench said, directing the anti-pollution board to file an action taken report in the matter before October 14.

Earlier, the CPCB has earlier told the NGT that e-commerce giants need to fulfil their extended producer responsibility under the Plastic Waste Management Rules, 2016, and need to establish a system for collecting back the plastic waste generated due to the packaging of their products.

Now Decide For Yourself What Goes Into Your Grub – Live Food Station In Bhubaneswar!

Instrumental In Arrest Of Criminal, Woman ‘Killed’ In Odisha’s Ganjam