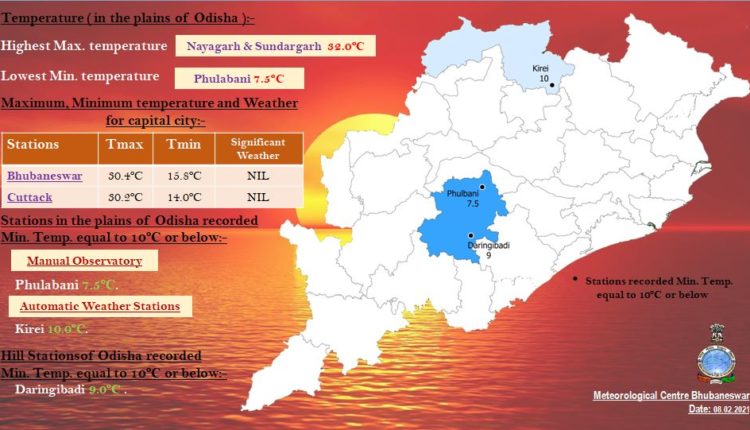 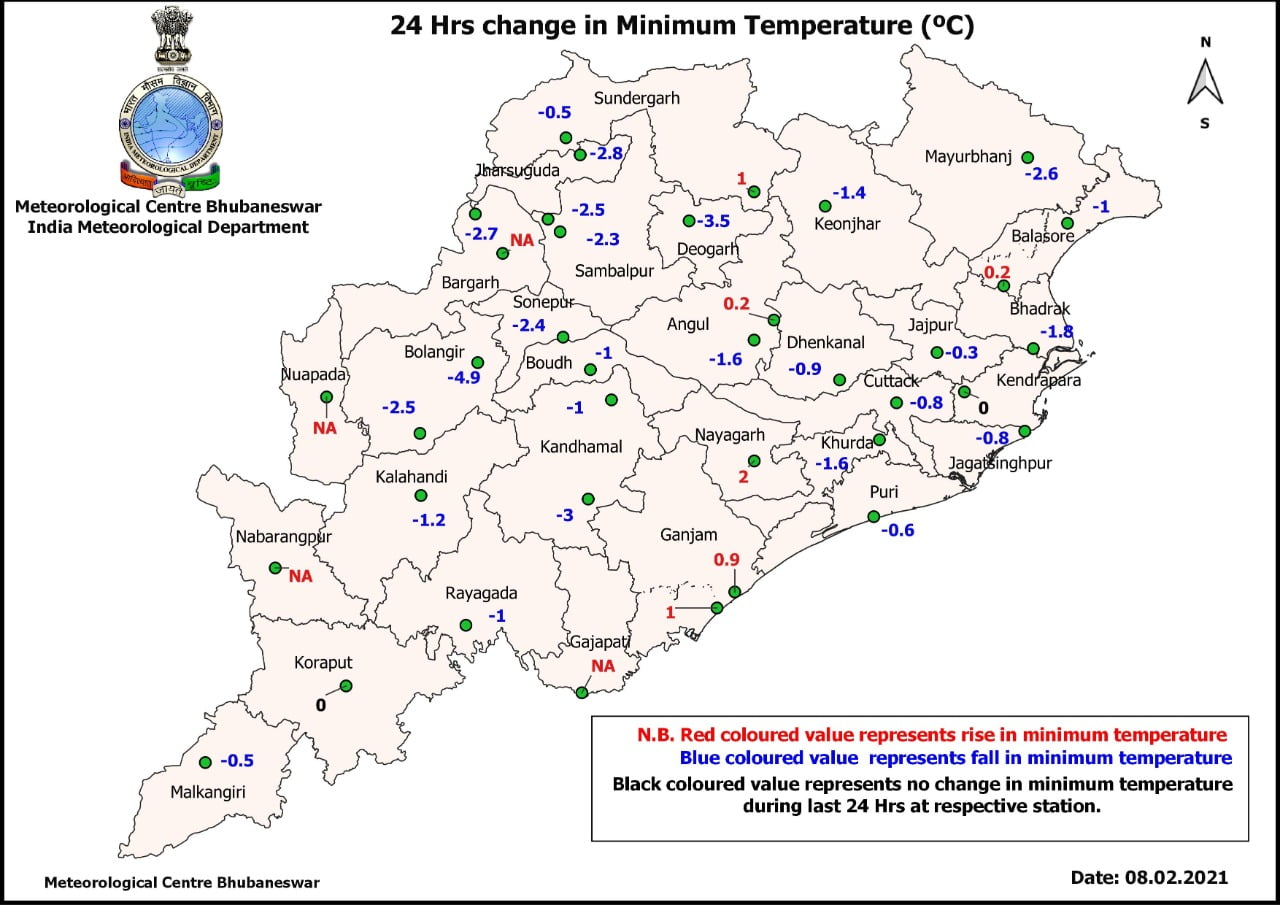 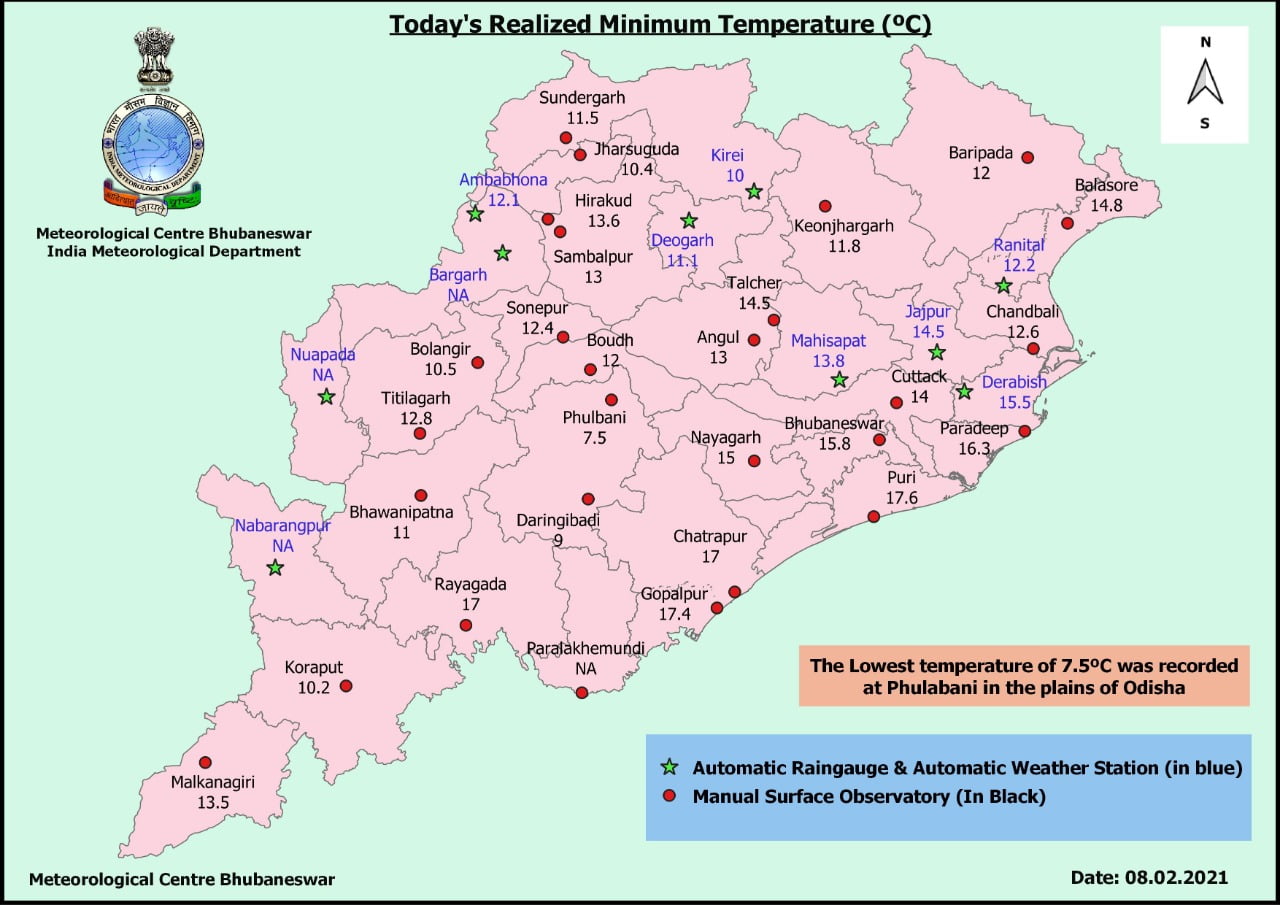 According to the India Meteorological Department forecast, cold wave conditions will prevail in the state till Wednesday morning and the temperature will drop by 3 to 4 degrees Celsius in the next two days.

This is being attributed to dry and cold northerly and north-westerly winds blowing towards Odisha.

Also Read: Cold Wave: Temp In Odisha To Drop By 3 to 4 Degree C

Thunderstorm Warning For Khurda, Cuttack & 15 Other…