The Changing Role Of Women – A Male Perspective 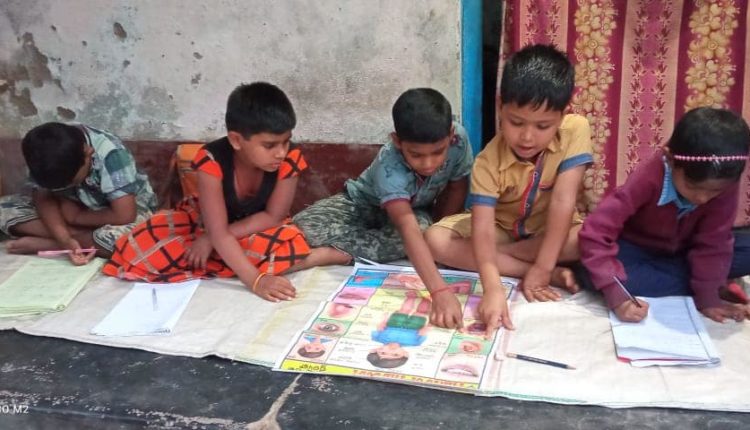 This Women’s Day, I was privileged to be a part of a panel in an event organised by ThinkZone – a startup focussing on bringing quality education to pre-primary and primary school children in rural areas.

I must admit it was a bit disconcerting to find that I was the only male participant, but it allowed me a glimpse into a free spirited discussion between the extremely talented globe trotting panelists and their equally spirited rural sisters.

While I had the opportunity to visit a couple of ThinkZone centres and had seen the teachers in action, this interaction gave another glimpse into their lives. And, my admiration for them multiplied.

It was also very interesting to see how these young ladies from little villages were using this opportunity to grow their own world view and add value to themselves and the children in their care.

Due to constraints, in time and possibly due to gender differences, there were some things that I wished I could have said, or maybe said better.

The first would be to make them aware of the importance of the role they were playing in moulding the next generation.

The little children under their tutelage now would have to face the challenges thrown at them by the Artificial Intelligence and Machine Language driven world 15 to 20 years later.

Hence, the foundations that the children would be building now are of such crucial importance. They need to be able to imbibe the art of communication, understand the mysteries of mathematics, fall in love with humanities and relish the wonders of the sciences. Above all they would have to embrace a life of continuous learning, unlearning and relearning.

I have always wondered why the most important teachers – the ones who have the power to instill a lifelong interest in learning or condemn us to a lifelong dislike of education, are almost always the ones who are paid the least and treated as unimportant.

They are the ones who put in so much passion and more importantly, love, into their work and the young ladies from ThinkZone are no different. I can only hope that one day, all teachers who introduce our children to education are given the respect and remuneration they deserve.

The second thought that I wished to share with them was of aspirations. As young ladies on the cusp of adulthood, earning for themselves – probably for the first time, the lives they would lead would depend upon their aspirations now.

Thanks to technology, they are no longer bound by the shackles of ignorance that imprisoned their mothers and even their fathers. The small smartphone in their hands is a key to their empowerment. They need to understand that I don’t know is a phrase that is outdated – the entire knowledge of humanity is behind that little screen – they just need to reach out.

And thanks to this knowledge, they can aspire for everything that their city born and more educated sisters aspire for – maybe even more. It is this aspiration that will take them, their families, their communities and eventually our nation out from the morass of poverty.

The third thing that I wanted to share with them was that changing behaviours ingrained through thousands of years of conditioning is not possible overnight.

Such change cannot be wished into existence just because it is right, and will necessarily take time to become reality. This is especially true of the behavioural roles that society expects from both women and men.

While the panellists emphasised that very often, it is women themselves who oppressed other women and stopped them from doing things considered unacceptable, they also pointed out that there was a logic behind those restrictions.

The rise of the knowledge based society has allowed women, who by nature are not as endowed physically as men, to work and earn on par, if not better, than men. However, the span of a few years is not enough to overcome the thousands of years of instincts that have been bred into us.

This is probably why so many women still live by their traditional roles and use their power over other women to make them continue to abide by the same rules.

Similarly, while there are those men who are able to internalise the changed circumstances  and instinctively treat women as equals, there are many who are still unable to do so. And, this is probably the reason why even persons who don’t hesitate to publicly speak derogatorily about women and disrespect them, are able to win elections.

Keeping this fact in mind is very important to ensure safety, especially in a highly polarized world where people are always ready to take offense and react with violence.

91 Patients Recover From COVID-19 In Odisha