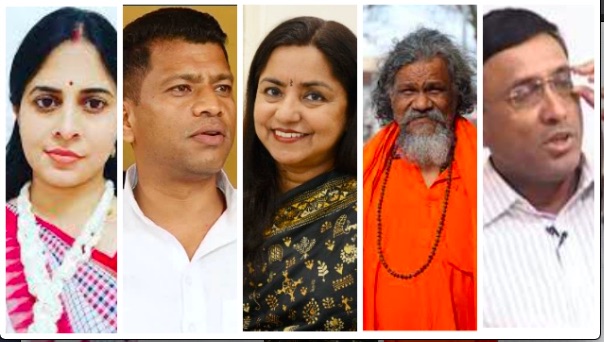 Bhubaneswar: As BJD president Naveen Patnaik tried to perform a balancing act in choosing the party nominees for the ensuing Rajya Sabha elections, quite a few with the regional party have been left with a long face.

While Naveen selected Sulata Deo, Manas Ranjan Mangraj, Niranjan Bishi and Sasmit Patra, some others who were vying for a slot in the Upper House have to wait for at least two more years to try their luck again. For some, it could well be the end of their political journey.

However, Naveen preferred Bishi, a tribal leader from Balangir, over Tripathi and Mishra. Majhi, who had quit the Congress and joined the BJD a few months ago ahead of the panchayat and urban polls, too was ignored. Bagchi also did not make it to the final list.

A U Singhdeo and son Kalikesh had met Naveen, sparking speculation of their keenness to go to RS.

Senior leader Prasanna Acharya didn’t get a renomination, though the BJD supremo decided to repeat Sasmit Patra, who represents the youthful face of the party.

After being ignored once again, this could mean the end of the road for Prasanna Patasani and Ramesh Chandra Choupatnaik. The BJD supremo had assured them a berth in the Rajya Sabha after they were denied tickets in the 2019 elections. He is yet to keep his words.

[Watch] Is It A Corporate Office? No, It’s Capital Police Station In Bhubaneswar