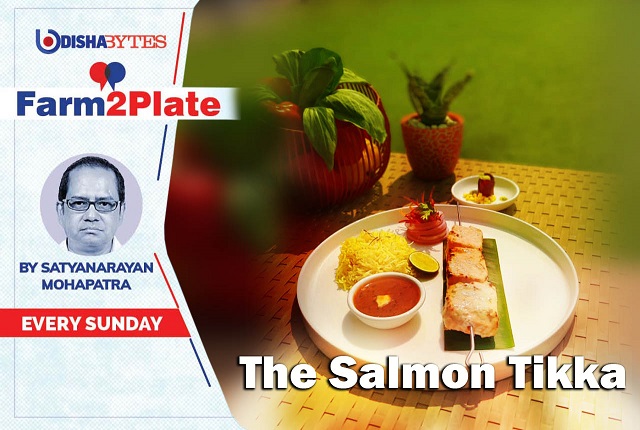 Indian cuisine is probably one of the richest cuisines of the world. It is highly versatile and has different food and recipes from different regions. Some of the recipes have become so popular that probably we have forgotten its origins — for example, fish tikka that has its origin in Punjab.

Though fish is an essential part of our family diet, we easily get bored having the same fish curry or masala fried fish over and over again. For a change at times we go for fish tikka — Punjabi style (the place of origin). Though the preparation of fish tikka is simple. Blend of spices mixed with curd and fish fillet cubes marinated with the mixture. The irresistible combination of spices and curd makes this dish a winner. Curd gives a smooth texture to the marinade, and the fish fillets tend to absorb this and become tender and juicy. Adding mustard oil (sarson ka tel) gives a smoky flavour to the tikkas. It’s a finger snack and starter, which sets the tone for a great meal. But still we were searching for an appetising fish tikka preparation, which could have a flavoursome impact on our culinary palate.

Finally our search ended in Vivanta’s Mynt with the exquisite and lip-smacking ‘Tandoori Norwegian Salmon’ curated by Executive Chef Sayantan and his team. The dish is prepared with Salmon fillet cubes/chunks as the fish takes pretty well to all the marination and especially retains the juices when put into the clay oven (tandoor) and the tikkas are very savoury. If one only had white fish ‘tikka’ for a change try this dish by all means.

The fish is generously slathered with a mix of hung curd, saffron, dash of mustard oil, hint of cardamom and cumin. Ginger and garlic paste make up the aromatics, and tenderiser like yogurt round up the marinade. The fillet chunks of Salmon are taken from the belly, which is the narrow lower section of the whole fillet with thick white fat lines. This part of the Salmon has the highest concentration of Omega fatty acids. This tasty area is a delicacy to many — that is the reason why chefs prefer this portion. After a short rest, the fish pieces are threaded to the skewers and then put into the tandoor. Salmon is naturally quite fatty, so they retain their juices quite well while put in the tandoor, sort of self-basting and the tikka pieces do not dry off.

Most of us might have eaten salmon at some stage — in sushi, as sashimi, as smoked salmon or as a fillet in a fancy restaurant. The chances are that we might have eaten farmed salmon, but at the Mynt one is served with the wild ones which have muscle holding the fat and not vice versa. The Salmon they serve is not a plastic-wrapped affair.

‘Salmo’ in salmon is thought to come from the Latin ‘salire’ meaning to leap, after their characteristic leaping action as they swim upstream.

Salmon are what’s known as anadromous fish. That means they spawn in fresh water, migrate to the sea to do most of their growing and then migrate back to fresh water to spawn again. It usually takes a minimum of four years for salmon to go from hatching to spawning, with roughly half that time spent in fresh water and half at sea.

The journey from river to sea

Freshly hatched Salmon are known as Alevin or sack fry and they feed mostly from their yolk sac. These quickly develop into Parr, which have vertical stripes for camouflage. After around 18 months, the Parr lose their stripes and become Smolts, ready to make their way to the sea. Most Salmon, however, remain at sea for another year where they feed on other fish and seafood such as krill, and get ready for the long swim upstream to mate. As they mature, they often grow a hump and take on a darker skin colour.

Eventually, they swim back into the rivers and all the way upstream. Once the migrating Salmons reach the spawning grounds of the river, the females create a number of nests called Redds. They deposit their eggs, which are then fertilised by males. Once this is done, the female covers the eggs with gravel to protect them from the predators.

Salmon can be found at any time of the year in the grocery store or seafood markets. Whole fish should have clear, shiny eyes; firm flesh that springs back when pressed, and should smell fresh and mild (never overly fishy or like ammonia). When buying frozen Salmon, watch out for broken packaging or packaging with frozen ice crystals that may indicate that the package was allowed to thaw and refreeze. Good frozen Salmon should be hard, not bendable.

The 1990s saw the era of liberalisation (and food ingredient imports). It was during this time Jiggs Kalra created the Salmon Tikka at the Hyatt’s Aangan restaurant in Delhi. Few Indian chefs had little experience with such coldwater fish as Salmon but Jiggs adapted his style to global ingredients and the Salmon Tikka is now cooked by chefs everywhere, most of whom don’t realise that Jiggs invented it. 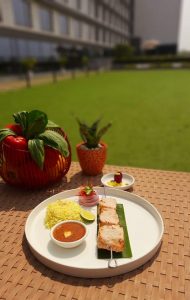