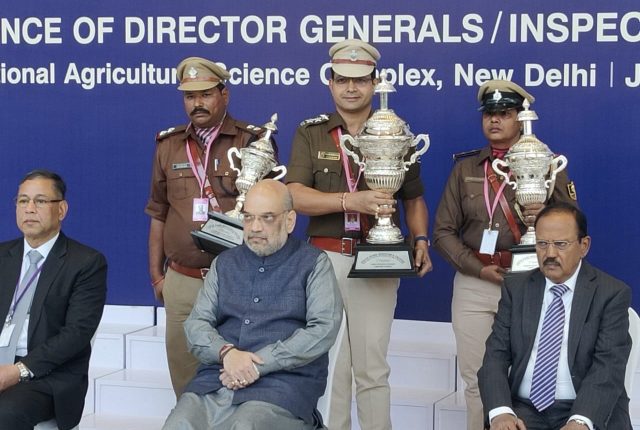 New Delhi/Berhampur: Union Home Minister Amit Shah on Friday handed over the trophy to Prashanta Kumar Sahoo, the IIC of Aska police station in Odisha’s Ganjam district for having been ranked as one of the best police stations in the country in 2022, during the DGP/IGP Conference in New Delhi.

Ranking of police stations is an annual exercise by the Ministry of Home Affairs and the stations are judged on the basis of 165 different parameters like crime rate, investigation and disposal of cases, infrastructure, and delivery of public service. About 20 per cent of the total points are also based on feedback about the police station from citizens, sources said.

Notably, Aska police station had bagged the first spot in the state in overall performance till December 26 in 2022 after Pragati dashboard, developed by the state crime records bureau, was introduced last year to rank the police stations on their performances in aspects like solving of grievances of the people, the pendency of cases, detection and solving of cases, rate of conviction and filing of chargesheets. Aska got 94.54% on the Pragati dashboard.

It is for the second consecutive year that a police station in Ganjam district has featured among the top 3. Gangapur police station won this tag in 2021.