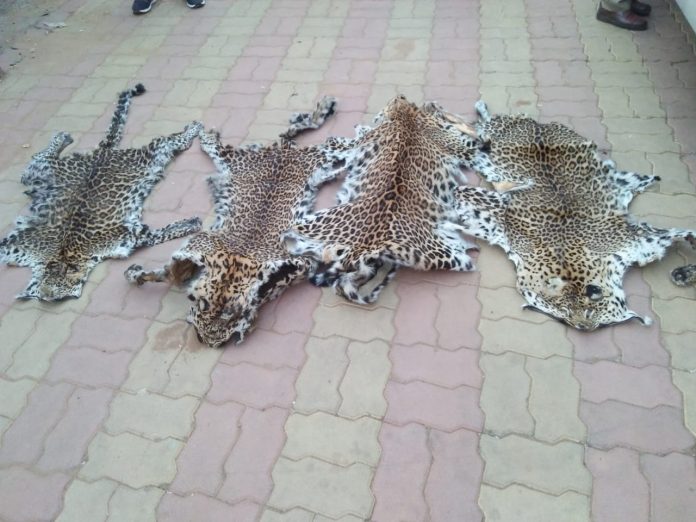 Sambalpur: The Special Task Force of the Crime Branch on Sunday arrested three more persons with alleged links to the leopard skin racket busted in Sambalpur on March 15.

The arrested persons have been identified as Narendra Ping, Manful Pradhan and Akhaya Bhoi. Acting on a tip-off that the accused were present there, the STF rushed to the spot and arrested them. They were forwarded to the court of the SDJM in Kuchinda.

After busting the leopard skin racket, the STF had arrested seven persons from Kuchinda in Sambalpur district on March 15. The seven men were looking for businessmen to sell leopard skins to. Four leopard skins were seized from their possession.

The arrested persons are believed to be poachers with links to national and international rackets.

Hunters and poachers often kill animals and sell their skin in the national and international market for lakhs of rupees.

It is a matter of concern and a challenge for the forest department that tigers are not safe in Odisha’s forests, sources said.

PM Modi To Campaign In Odisha On March 29 & April 1