Three Of Family Hacked To Death In Puri 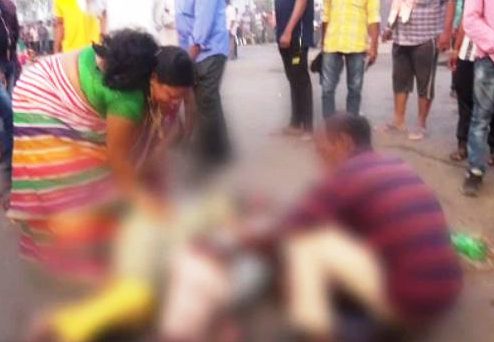 Puri: Three people, including two brothers, were hacked to death by unknown miscreants at Patnaikia Square near Puri-Bhubaneswar main road in Puri district on Sunday afternoon.

The deceased have been identified as Purnachandra Behera, Krushnachandra Behera and Parshu Behera. The triple murder is being suspected to be the fallout of past enmity over a land dispute.

This led to tension in the area with locals blocking the the Puri-Patnaikia road, thus disrupting vehicular movement on the route.

Meanwhile, police have seized the bodies and launched a manhunt to nab the accused.

With Adhara Pana ritual of the sibling deities atop the chariots near Jagannath temple in Puri scheduled later in the evening, the murders have raised questions on security in the area.

This Premier Institute Awards Grace Marks To Have More Women Students; Find Out