BTech from IIT Kanpur is one of the best degrees any Indian student can aspire for. Santosh Misra had it and he then went abroad to USA, where a terrific career awaited. He did his Masters in Engineering from the University of Minnesota, joined Bell Labs and in just a few years he was a shining star with three patents in his name, besides other achievements.

However, the desire to do something for India saw him to packing his bags for home. Santosh appeared in the tough and unpredictable UPSC examination and cracked it, coming all India 2nd and joining the prestigious IAS. The year was 2000.

Santosh was allotted Tamil Nadu cadre and performed various tasks to the best of his ability. He also pursued his hobbies such as wildlife and photography. He went on inter-cadre deputation to Chhattisgarh, where he was given important assignments such as Secretary PR, Tourism Culture, religious endowments and monitoring of 20-point programme, the tasks which he performed with aplomb.

A multifaceted personality, Santosh has authored a book, ‘Spirit of Kumbh’ which was released in 2015 by current Union Defence Minister and the then Union Home Minister Rajnath Singh. Santosh modestly says that he had “unforgettable experiences in his spiritual journey with a severely limited gadget called camera” and he tried to share that experience with others through his book. 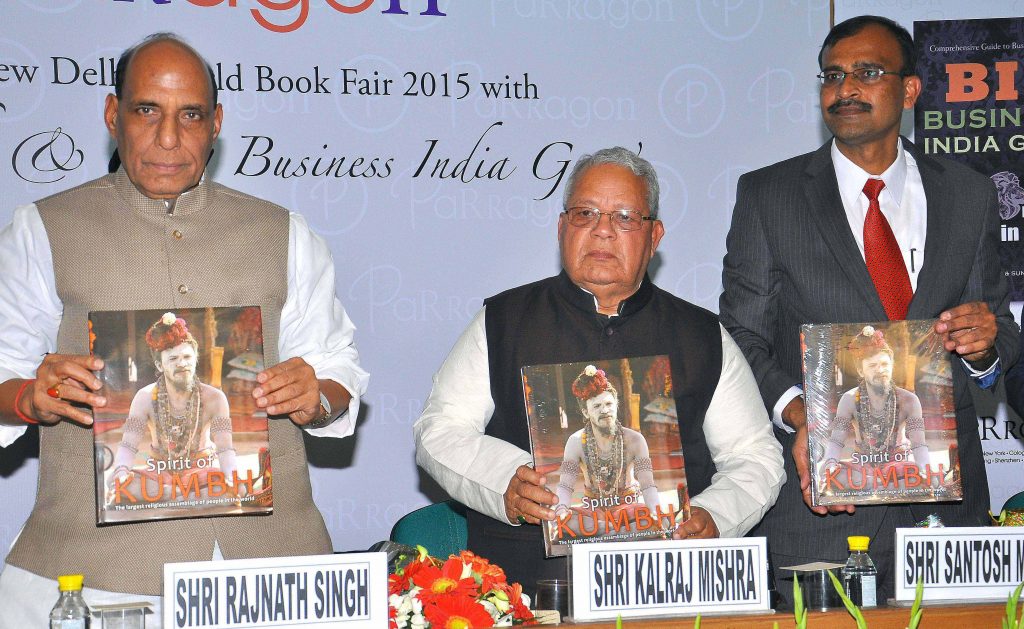 On Sundays and holidays, this officer with a difference, teaches poor kids mathematics and recently three of them got into prestigious engineering colleges, including NIT. Santosh also ensured that reputed NGOs in the field of education took care of the admission fees.

Now, let me tell you something visionary done in Tamil Nadu, which possibly other States can emulate.

On return from inter-state deputation to Tamil Nadu, Santosh was assigned different responsibilities. He then took over as CEO Tamil Nadu e-governance agency and Commissioner of e-Governance with the responsibility of leading key technology initiatives of the government. He, his senior colleague, Dr Santhosh Babu, a doctor-turned-IAS officer of the 1995-batch, and their wonderful team have come up with a wonderful initiative which will transform the way Governance happens and would take G2C (Government to citizen) service delivery to the next level.

Let us see in simple words what this initiative is.

Santosh and his team have created a statewide blockchain to provide a predictive service delivery for entire 80 million residents of Tamil Nadu . This is going to be the largest deployment of blockchain in any government in the world. As per the announcement of the Chief Minister of Tamil Nadu, a virtual vault will be created for every citizen which will electronically store and deliver on people’s mobile phones their birth certificates, death certificates and everything in between. Say when a baby is born, the software will generate a makkal (unique) number and birth certificate is issued and moved to the vault. After six months the parents will be reminded through sms that vaccination is due. At 5, they will be reminded to get Aadhaar card issued and informed about where the centres are. At the time of school admission, the certificates need not be carried and the school can be authorized to see the certificates in the vault.

All of us have faced the problem of important certificates getting misplaced just when required and having to go through stress of a few days searching. Just imagine the convenience if all these are in virtual vaults. From birth to death, a terrific citizen-friendly initiative.

What is astonishing is that the entire project cost is just Rs 90 crore. Definitely any major company for such work would have come up with a bill of 1000 crores at least, maybe more. Brilliant work, dear friend and i am sure that other state governments too will adopt this path breaking citizen-friendly initiative.

Santosh is married to Sonal, also from IIT Kanpur where they had met. They went to the US together and she too returned to India with him to give the UPSC exam. Sonal ranked a high 33, missing IAS by just 1 rank, since vacancies were less in 2000. She joined the IPS and is a brilliant officer in her own right.

At his book launch, Rajnath Singh had said that he wished Santosh writes more books as well. I am sure that must be on the back of his mind. “Only a busy man has enough time” and therefore I am sure Santosh will somehow find time to present his thoughts to the world.

Carry on the good work Santosh. Proud to be your friend and batch mate.

Three Of Family Hacked To Death In Puri