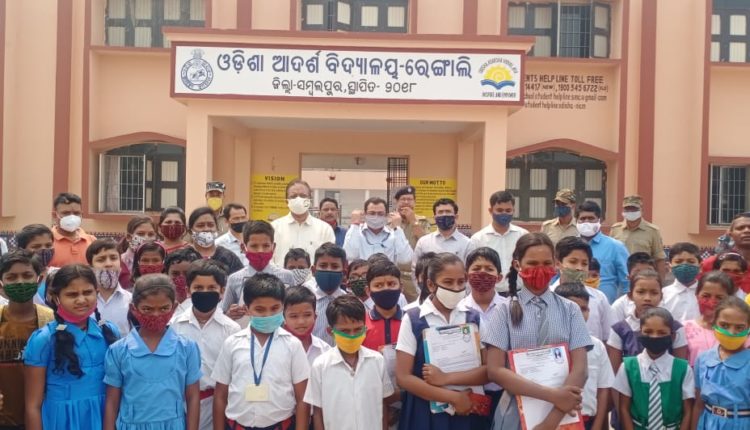 They interacted with the principals, teachers and officials of the OAVs to know the progress that has been made in Sambalpur under the Odisha Adarsha Vidyalaya initiative and the problems that need to be resolved for their smooth functioning in the future.

Dr Sahoo and Panda also visited the Rengali test centre and interacted with the parents and students who had come to appear at the entrance test for admission into OAVs.

They also held a review meeting with Collector Subham Saxena, sub-collector, DEO, BEOs, BDOs, principals of OAVs of Sambalpur, representatives from Works, RD and RWSS departments. They discussed the progress of the new OAVs and educational infrastructure and sports facilities in the existing OAVs.