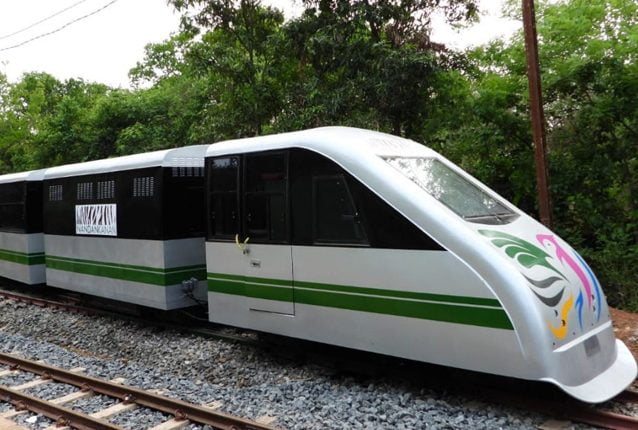 Bhubaneswar: The toy train in Nandankanan Zoological Park, near here, on Friday resumed operation after remaining out of service for seven years.

Forest Minister Bikram Keshari Arukha inaugurated the toy train facility in the zoo as part of the state-level Wildlife Week function. He also laid the foundation stone for the ropeway project.

The toy train, which has taken a new look of a bullet train, will have four coaches with a sitting capacity for 74 passengers. During the 20-minute ride in the train, the passengers can have a closer look at Kanjia Lake and enclosures of carnivorous animals.

In the revamped arrangement for the toy train, a broad gauge of 1.2 km has been laid out in the park. The engine and coaches have been procured from a New Delhi-based firm at a cost of around Rs 82 lakh.

The train service, which has come up with a budget of Rs 3.05 crore, will be available from 9 am to 5 pm. The zoo authorities said they plan to provide around 12 joy rides each day.

They further said the aerial ropeway facility in the park will resume soon with the work set to begin this month. Estimated to be constructed with a cost of Rs 13 crore, the ropeway will connect the zoo with the botanical garden on the other side of Kanjia lake covering a distance of around 620 metre.

Will Aryan Khan Get Bail On His Mom Gauri’s Birthday?