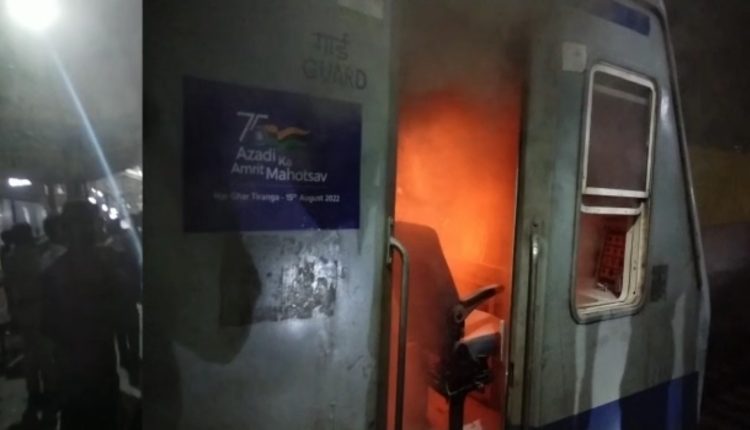 Jharsuguda: A train caught fire standing at a platform caught fire, sparking panic among the passengers, in Odisha’s Jharsuguda district.

According to sources, the incident took place in 08861 Jharsuguda-Gondia Passenger train at Brajrajnagar railway station in the district.

After the train arrived at platform number 3 of the station at around 8.30 pm, heavy smoke started to come out of its engine and soon it caught fire. Panicked by the incident, the commuters of the train and people at the station rushed out. However, no loss of life or injury to anybody was reported.

Fire personnel and Railway employees were engaged in extinguishing the fire when the report was field.