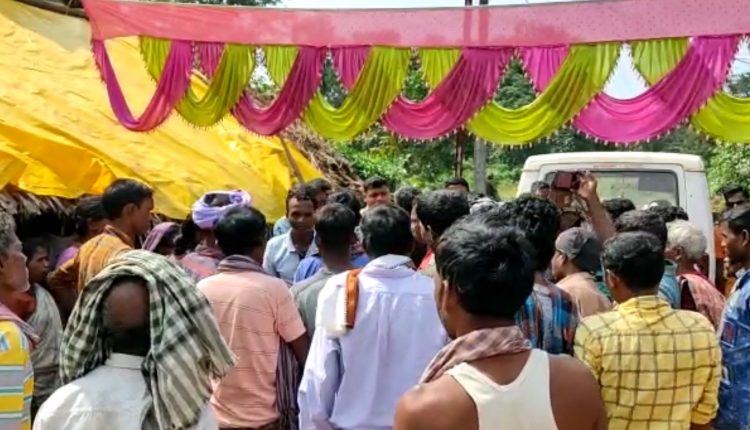 Dhenkanal: The head of a tribal community stopped the marriage of a couple midway for violation of the tradition of serving ‘handia’ (country liquor) to the guests in the reception in Odisha’s Dhenkanal district.

According to sources, Parau Marandi, the son of Anant Marandi of Kendumunda village under Parjang police station, was married to Sajani Marandi of Kendumunda village 8 years back without taking the permission of the village head. Since the couple had not followed the traditions of the community, ‘Majhi Baba’ (the tribal head) Ramchandra Hembram did not accord his approval to their marriage.

The Majhi Baba set certain conditions for Marandi family for getting social recognition of Parau’s marriage. As per the conditions, they have to beg apology before the community and follow the tribal customs for marriage, he announced.

They announced that none of the community members would participate in the reception. They said since ‘Handia’ (rice hooch) was not served in the feast, Marandi family had disrespected their custom and hence the marriage cannot get community approval.

As tension prevailed in the village, police arrived there to pacify the tribal leaders and tried to convince them to let the marriage be completed. But the tribal head stuck to his demand and said unless Marandi family follows his directions on tribal customs, the marriage cannot be accepted by the community.

Finally, the police had to return after failing in their efforts and the social marriage of Paura and Sajani remained incomplete.