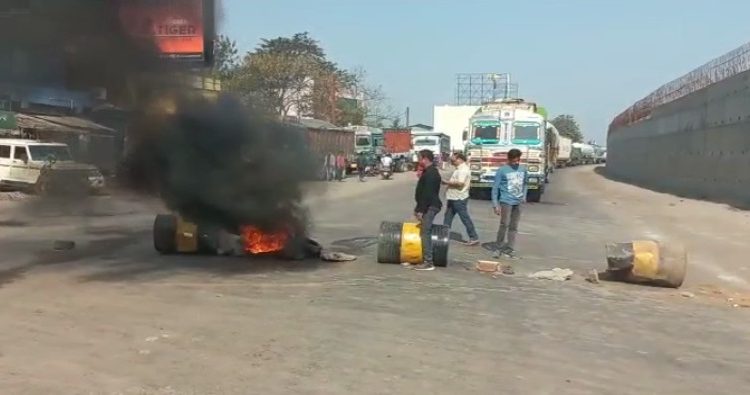 Sambalpur: Angry locals torched a truck after it allegedly ran over a morning walker at Sarala Square on NH-53 here on Saturday morning.

The deceased has been identified as Umesh Chandra Swain, a senior lawyer.

Soon after the incident, irate locals detained the truck and set it on fire. Lawyers of the city also reached the spot and staged a protest by burning tyres on the national highway, disrupting vehicular traffic.

The locals said though two schools are located near the road, there is no speed breaker. They have threatened to continue their protest till their demand for the installation of rumblers is met.

Police also reached the spot and tried to pacify the agitators after sending the body for autopsy.