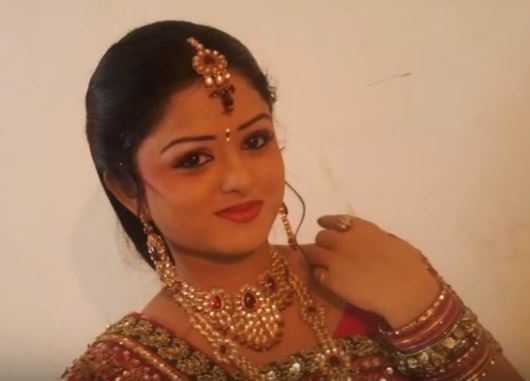 Cuttack: The Commissionerate Police on Saturday put up a ‘Latka’ (notice) at the house of Odia television actor Nikita’s in-laws, who have been absconding since she fell to her death last week, after they failed to appear at Chauliaganj police station despite several summons.

According to sources, the in-laws’ of the actor, Lingaraj Sahu and Kuntala Sahu, have again being summoned to appear before the police on or before 11 am on January 19 and asked to cooperate in the investigation process.

Earlier in the day, Cuttack DCP Akhileswar Singh had said, “They were not home when a team was sent to their place the other day so the notice couldn’t be served. The notice was served today.”
Though Nikita’s in-laws are yet to depose before the police for interrogation, they have moved the Orissa High Court seeking anticipatory bail.
The postmortem report of Nikita had attributed her death to injuries she sustained on her head and chest after falling from a height. The actor had fallen off the terrace of her parental house at Mahanadi Vihar here on January 4 and died the following day while undergoing treatment at a private hospital.
Police had earlier arrested Nikita’s husband Lipan Sahu as ‘circumstantial evidence’ hinted at his involvement in the case. He told police that they had a scuffle on terrace following a heated argument, but denied having pushed her off as alleged by the actor’s father. He was sent to Chaudwar Central Jail after the Court of Sub-Divisional Judicial Magistrate (SDJM) in Cuttack turned down his bail plea on January 8.
He has been booked under Sections 302, 498 (A), 306 and 34 of IPC.