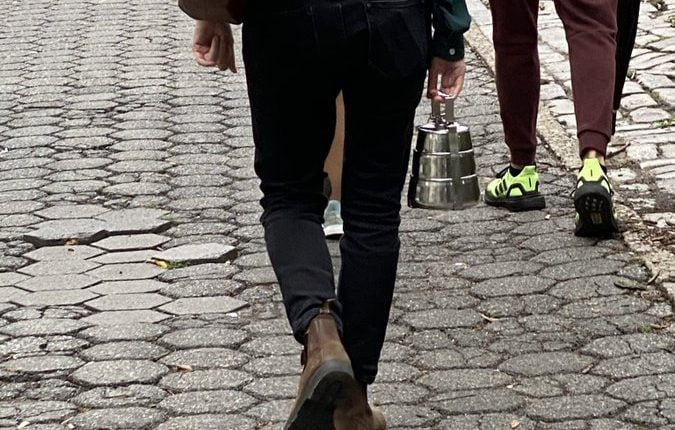 New Delhi: A person carrying a ‘dabba’ to work is nothing unusual in India. But when one carries the steel tiffin-box in USA, it causes a sensation.

Such a sensation has erupted in Twitter after industrialist Anand Mahindra shared a picture of a woman walking down Central Park in New York.

The woman is dressed in formals, but her face is not part of the frame. What’s interesting, however, that she is seen carrying a steel dabba in her hand, presumably on her way to work.

Mahindra’s tweet swiftly went viral and notched thousands of likes, with many sharing their thoughts and memories relating to steel dabbas.

As Ranbir & Alia Get Married, ‘Mr and Mrs Kapoor’ Trends On Twitter

#AirtelDown: ‘I Thought Only My Connection Was Down’; Meme Fest On Net

Akshay Kumar Set To Rampage The Box Office With Bachchan Pandey This Holi;…