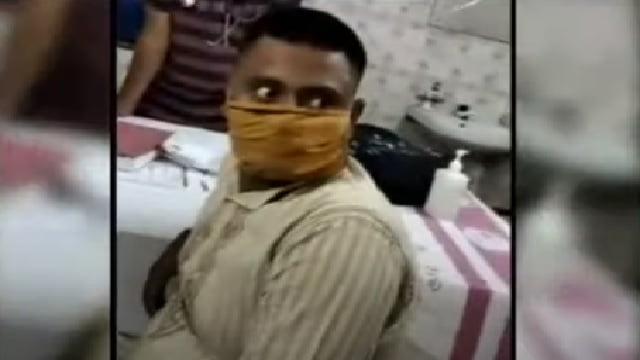 Though the date and time of the video are not known, questions are be being raised about his presence in the hospital along with a magistrate and the CMDO while a doctor is seen writing something on a register.

According to media reports, Dr Kishore Chandra Behera, who treated the ACF at the district headquarters hospital and can be seen in the video, had earlier denied any familiarity with the DFO.

Meanwhile, Crime Branch DSP Gyana Ranjan Mishra said that the investigation is progressing appropriately. “Today we held discussions with the local IIC who was earlier leading the investigation. We also interrogated Gurandi OIC over the sequence of events on July 12,” he said.

The OIC’s role came under the scanner after the dead ACF’s father Abhiram Mohapatra accused her of using her influence to hush up the investigation. He further accused her of detaining the ambulance carrying the critically injured Soumya to the hospital for an hour at the behest of his daughter-in-law Bidyabharati Panda. “The OIC stopped the ambulance midway for an hour. She wanted my son to die without reaching the hospital,” he alleged.

The DSP, however, said that IOC had gone to the spot on the direction of the SDPO since ACF’s wife Bidyabharati had to pick some items before accompanying her husband in the ambulance to Cuttack. “She is a distant relative of Bidyabharati and had gone to the hospital on humanitarian grounds,” he said.

Also Read: Role Of OIC Under Scanner In Odisha ACF’s Death: ‘Mamata & Bidyabharati Knew Each Other’

“The statements and examination have so far been satisfactory. We will interrogate others as and when required,” he added.