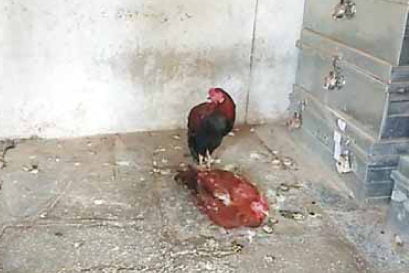 Malkangiri: This is no cock-and-bull story. Police have ‘arrested’ two cocks for fighting in Odisha’s neighbouring Telangana.

The two ‘accused’ have been languishing in police custody for almost a month now with no one coming forward to post their bail.

According to reports, police had raided a cockfight gambling at Banampur village in Khammam district on the occasion of Pongal on January 10. Two gamblers were arrested and the two cocks were also taken into custody.

While the two gamblers were released on bail later, no one was bothered for the cocks. As a result, the two cocks are now in custody at Mudigonda police station.

On their part, police said they are awaiting a court’s order to auction the cocks. The money obtained from the auction will be deposited to the state government, they added.

COVID Innovation: Drones To Be Used For Vaccine Delivery In…

Bizarre, But True: Cock To Face Court Hearing For Killing…