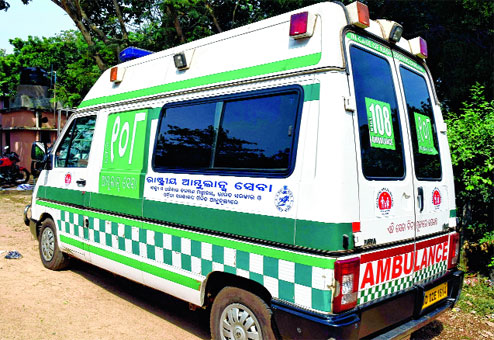 Soro: Two persons were killed and two others sustained critical injuries after the ambulance carrying them hit a stationary truck near Soro police station on National Highway-16 in Balasore district on Tuesday.

The deceased have been identified as Sheikh and Bulbul Biwi, two siblings belonging to Mirjapur under Egra police station limits in West Bengal.

The accident took place when the ambulance carrying Bulbul, a brain tumour patient, was heading towards SCB Medical College and Hospital in Cuttack. She was accompanied by her brother Sheikh and two relatives.

Those injured were rushed to a local hospital for treatment. They are likely to be shifted to SCB as their condition is stated to be serious, police sources informed.