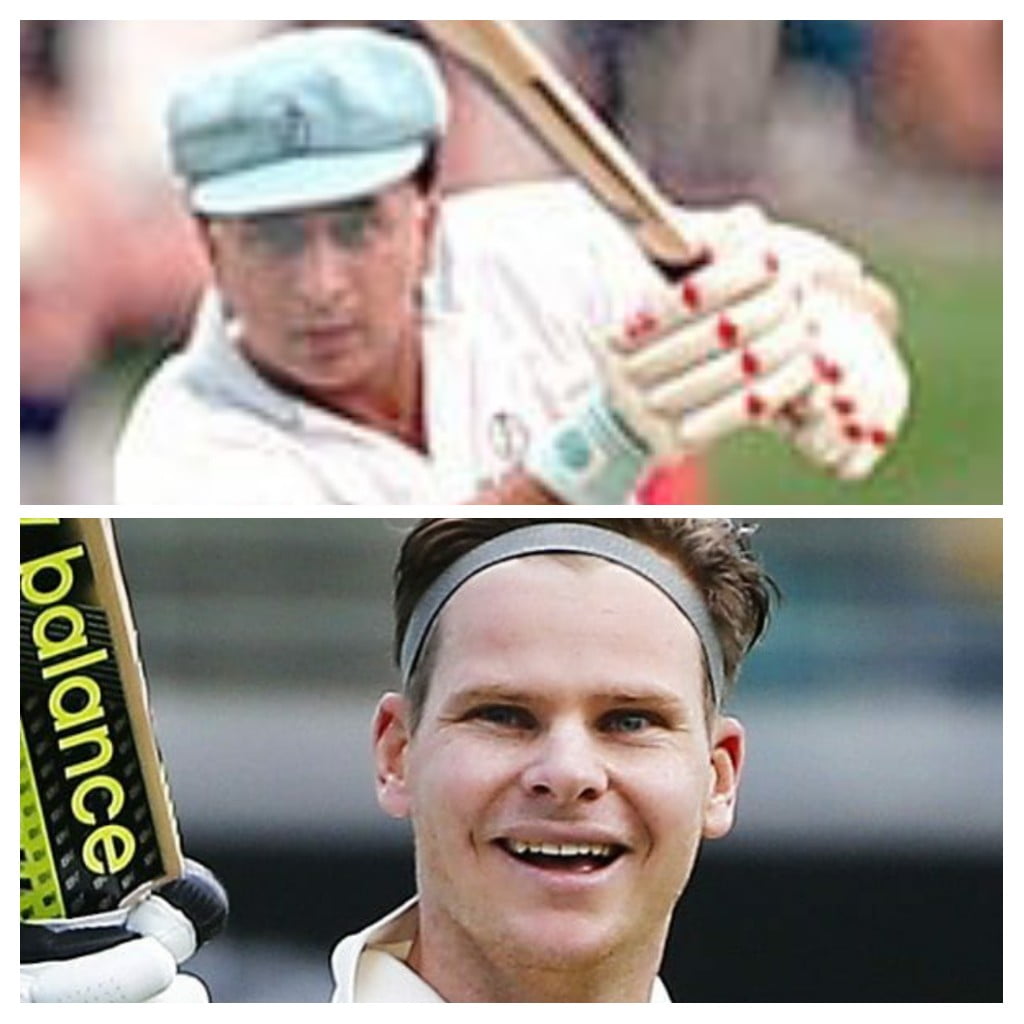 Sunny Gavaskar was technique personified and a joy to watch. Steve Smith has a technique of his own. He is not exactly a pretty sight while batting, but is effective as being the best in the business.

Both these terrific batsmen had scored exactly 774 runs in 2 epic series which were 48 years apart.

Let us look at the efforts of both of them which helped their teams immensely. First lets go down memory lane to recollect Sunny’s special series.

Sunny was a domestic cricket sensation when he was picked for the Indian team to tour West Indies in 1971. The squad was led by Ajit Wadekar. It was the 1st time that the casting vote was exercised by the Chairman of the Selection Committee, Vijay Merchant, since the selectors were deadlocked as to whether Tiger Pataudi or Wadekar would lead the team.

Gavaskar missed the 1st Test due to a finger injury and Jayantilal Kenia opened the batting with Abid Ali. Jayantilal was out for just 5, to a miraculous catch by Gary Sobers. It was to be his only Test innings in his only Test match, an interesting instance of a career cut short due to a brilliant fielding effort and of course, due to the genius of Sunny Gavaskar, who made the opening spot his own for the next 16 years.

The 1st Test ended in a draw. Highlights were Dilip Sardesai scoring 212 when India were 75/5 and Ajit Wadekar asking West Indies to follow on though the lead was 170. Sobers was unaware of the rule that if a day’s play was lost then the follow-on rule would apply at 150 and not 200. He was surprised when Wadekar asked him to follow on and then had to explain the rule to him.

The 2nd test of the series was Sunny’s debut Test. India won it and Sunny played an important role. Opening the innings with Ashok Mankad, he was 3rd out at 186 for a debut innings of 65 . The star was certainly Dilip Sardesai with 112. India were out for 352 in response to West Indies 214. While in the 1st innings it was Prasanna who shone, in the 2nd it was Venkat. Both offies were responsible for giving India an easy target of just 125. Sunny Gavaskar was unbeaten on 67 and India achieved the target with the loss of just 3 wickets , giving the visitors a crucial 1-0 lead.

An interesting trivia is that Jack Noreiga took 9 wickets in the Indian 1st innings and while this was his only series in a short career of just 4 Tests, he is till date the only West Indian bowler to have 9 wickets in a Test innings.

How crucial the lead was would be seen in the next 3 Tests. India successfully held on to the lead and batted their way to comfortable draws with Sunny playing a stellar role in all three. The 3rd Test saw Sunny score a century and a 64 not out as India comfortably batted out the 35 overs required to draw the match. The 4th Test saw Sunny with his 1st failure after 4 consecutive knocks of 50 plus when he was out off debutant Uton Dowe for just 1. However Sunny hit his second ton of the series and India were 221/5, surviving a full 103 overs mainly due to Sunny’s unbeaten 117.

Finally, in the last Test, Sunny’s 124 along with Sardesai’s 75 helped India to a highly respectable 360. However West Indies piled up 526 and potentially India was in trouble. Sunny rose to the occasion and his 220 batted India to safety as the team put up 427 and also batted 197 overs in the process. For West Indies, the target was 262 in 40 overs and they almost lost the Test as they lost 8 wickets while scoring just 165 . It was a historic away series win for team India.

Steve Smith had come back into the team, after serving a ban. He had the captaincy taken away from him and he was on a mission. In the 1st Test match at Edgbaston, Australia elected to bat on winning the toss but were reduced to 122/8. It looked as if England would take a decisive step towards winning the 1st step, but Smith had different ideas. He combined with Siddle (44) for an 88-run 9th wicket stand and with Lyon (12) for a 74-run last wicket stand to take Australia to 284. England took a 90 run lead and it appeared as if they had their nose in front, but Smith came up with a 142 and combined well with Wade (110) to take Australia to 487/7 declared before Lyon and Cummins with 6 and 4 wickets took Australia to a 1-0 lead.

The second Test saw Smith hit on the neck by Joffra Archer and leave the field when he was at 80. He did come back and was out for 92, but could not bat in the second innings and was out of the 3rd Test as well. The 3rd Test of course saw a miraculous innings from Ben Stokes getting England a famous win and the series was level at 1-1.

Anticipation rose ahead of the 4th Test since Smith was set to return from injury and there was speculation as to to how confident he would be. He responded in the best fashion ever, scoring a majestic 211, taking Australia to an imposing 497/8 declared. In the second innings, he could have easily got a 100 but put his team ahead of himself and was out for a brisk 80. Australia won the Test to go up 2-1, which ensured that they would retain Ashes with 1 Test left since they had won the earlier series. The 5th Test saw an important win by England which drew the series. Smith scored 80 in the 1st innings of 225 and in the second innings, even with a target of 399, it was only when Smith was out for 23 that England breathed easy and victory was theirs.

Sunny Gavaskar ended his career as one of the best batsmen of all time. Steve Smith is already being spoken of as Australia’s best since Bradman and potentially second best of all time. He is just 30 and capable of anything. Looking forward to him scaling even more batting peaks.

(The writer is a columnist based in Mumbai)