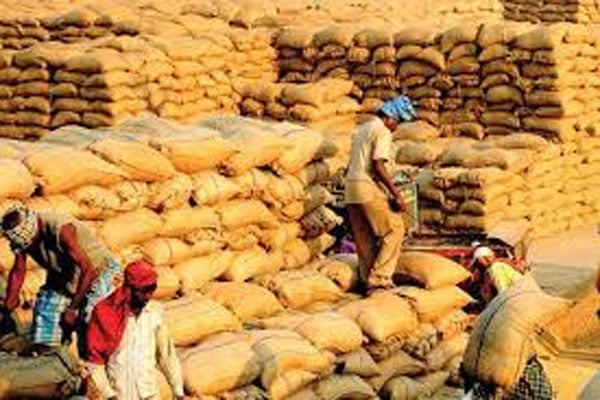 Bhubaneswar: Unable to sell his paddy at the mandi, a farmer has sought permission from Odisha’s Balangir district collector to cultivate ganja for sustenance of his family.

According to sources, the farmer, Nilambar Biswal of Bhaludunguri in Khaprakhol block of the district, had cultivated paddy in 15 acre of his farmland during Kharif season. After harvesting the crop, he registered in the local cooperative society for sale of his produce at the mandi. He was issued token for selling 78 quintal of paddy.

Nilambar, in his letter to Balangir district collector, alleged that when he applied for registration, the cooperative society had not included around half of his farmland.

“After I drew the attention of local Tehsildar in this regard, a Revenue officer was sent to inspect my cultivated land and submit a report. But the report hasn’t been submitted,” he said in the letter. “As a result, major quantity of my produce is lying unsold in the mandi since January 2,” he added.

Pointing out that he was in dire state due to non-procurement of his paddy, he was facing a hard time. In order to tide over the financial crisis and run his family, Nilambar sought the collector’s permission to cultivate ganja in his farmland. He also threatened to resort to self-immolation in front of the collector’s office if remedial steps are not taken for sale of his paddy soon.

Ukraine President Zelensky Not Sure If Vladimir Putin Is Still Alive!