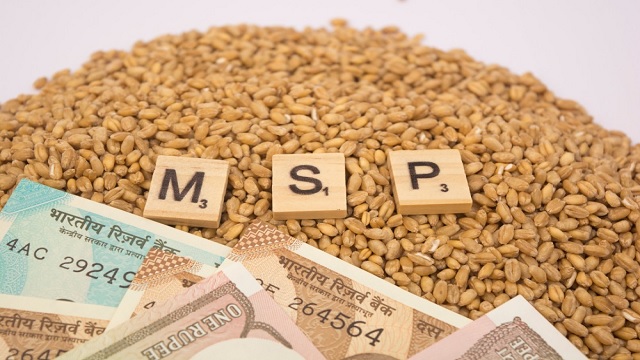 Bhubaneswar: The Union Cabinet on Tuesday approved the increase of Minimum Support Prices (MSPs) for all Rabi crops for the marketing season 2023-24 to ensure remunerative prices to the growers for their produce.

According to an official release, the Cabinet Committee on Economic Affairs (CCEA) Chaired by Prime Minister Narendra Modi has approved an increase in MSPs for all six mandated rabi crops for the 2022-23 crop year (July-June) and the 2023-24 marketing season.

The cost of production of wheat is estimated at Rs 1,065 per quintal, the release said.

The increase has been the absolute highest” for lentils (Masur) at Rs 500 per quintal, Union Minister Anurag Thakur said in a press conference.

MSP is the rate at which the government buys grain from farmers. Currently, the government fixes MSPs for 23 crops grown in both Kharif and rabi seasons. Sowing of rabi (winter) crops begins in October, immediately after the harvest of Kharif (summer) crops. Wheat and mustard are major rabi crops.

The increase in MSP for Rabi Crops is in line with the Union Budget 2018-19 announcement of fixing the MSP at a level of at lease 1.5 times of the All-India weighted average Cost of Production, aiming at reasonably fair remuneration for the farmers.  The maximum rate of return is 104 per cent for rapeseed and mustard, followed by 100 percent for wheat, 85 per cent for lentil; 66 per cent for gram; 60 per cent for barley; and 50 per cent for safflower.

Odisha CM Flies To Mumbai After Investors’ Meet In Hyderabad; Know Why