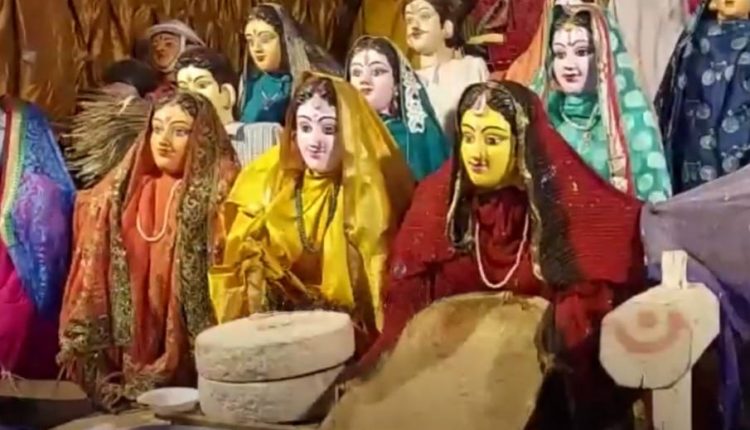 Dhenkanal: A stall of puppet show, depicting the traditional lifestyle of Odia families in earlier times, has been drawing the huge crowd at the Meena Bazaar opened on the occasion of Laxmi Puja in Odisha’s Dhenkanal town.

The stall, opened by a local company, shows earthen puppets, mostly of women in traditional attire of sarees and ornaments, doing various household activities. While one is holding a hand-made broom and cleaning, another is producing wheat flour from a hand-operated stone grinder and another woman is using ‘dhinki’ (a manually operated threshing machine made of wood).

The show is operated by Balaram Das from Cuttack. While the puppets are controlled by a motor, Balaram gives a running commentary on their activities and their benefits. Balaram said he came to stage the show on invitation of a tobacco company. This is for the first time that he is performing in Dhenkanal, he added.

“My father was running the show on various occasions on the invitation of the organisers at Chhatra Bazaar in Cuttack for 60 years. I have been continuing it for the last 25 years after the expiry of my father in 1998,” he said.

With the advent of modern means of entertainment, the traditional puppet show has almost eclipsed. “After the death of my father, I have been running the show in order to keep the art alive,” he said.

He further said this show is particularly relevant in the context of modern lifestyle which has led to many complicacies. “Now the people do not have time for household chores in daily life. The changes in lifestyle have also led them to depend on everything operated by machines,” he said. 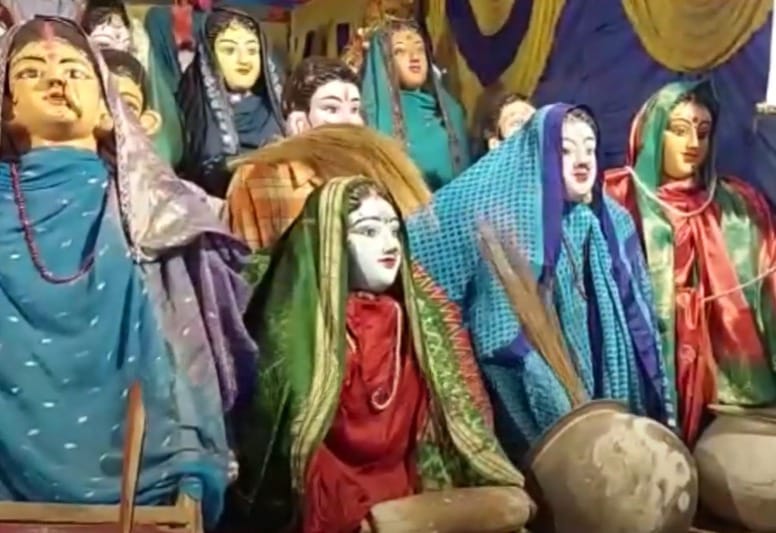 According to Balaram, consumption of machine produced and packaged food and frozen food has led to modern diseases like tension, depression and diabetes which were never heard in earlier times.

“Besides making the young generation and children aware of the lifestyle of our ancestors, I want to popularise those practices like producing food items through traditional methods, cooking food in earthen pots and use of copper and brass utensils to lead a healthy life,” he said.

While the children are drawn to the stall to watch the gadgets out of curiosity, old people feel nostalgic reminiscing their younger times and the things they were doing. “It is a good show. It is time we return to our roots and follow traditional lifestyle to remain health instead of spending huge amount after medication,” said a septuagenarian visitor to the stall.

“I had heard about the use of these gadgets from my grandparents in their village but had never seen. It is interesting to know the lifestyle of their times through the toy show,” said a young visitor.

Landfall At Digha Or Odisha’s Balasore: Check Track Of Possible Cyclone ‘Sitrang’ In Bay Of Bengal