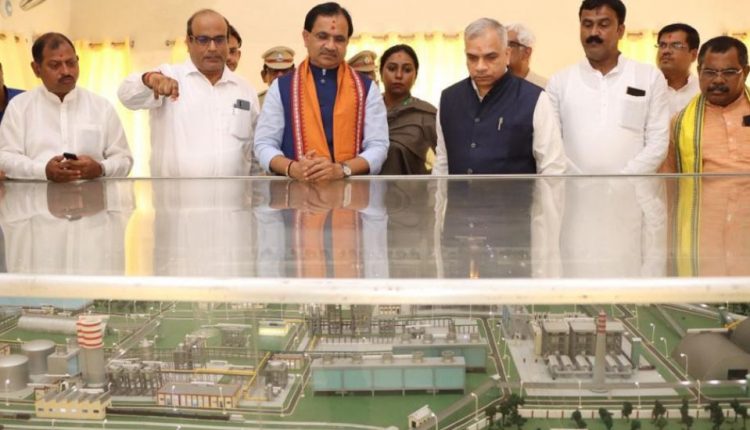 Bhubaneswar: Union Minister of State for Chemicals and Fertilizers Bhagwanth Khuba on Thursday reviewed the progress of Talcher Fertilizers Ltd (TFL) in Odisha, India’s first urea plant based on coal gasification technology, and emphasised the need for timely commissioning of the project.

The Minister held a meeting with the senior officials and stakeholders of TFL and made a thorough review of the progress made in project implementation, official sources said.

During a visit to the TFL located in the coal town of Talcher, Khuba took stock of the functioning and other activities in the project while holding discussions with officials.

The production capacity of TFL, country’s first urea plant based on coal gasification technology for production of ammonia/urea, would be 12.7 LMTPA, the sources said, adding that the commissioning of the plant is expected to take place in 2024.

Production of indigenous urea from the plants will be a step towards achieving “Aatmanirbhar Bharat” and “Aatmanirbhar Krishi,” an official said, adding “India will be “Atmanirbhar in Urea” when TFL and other projects are commissioned.

Through focused efforts of the Government, India will become self-reliant in urea production, while each of the plants for which work is in progress would generate 500 direct and 1500 indirect employment opportunities, sources said.