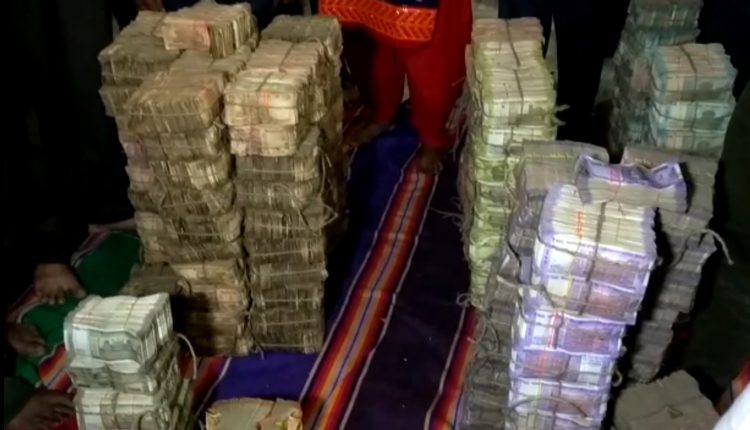 Ryagada: The devotees have donated more than Rs 1 crore to Maa Majhighariani temple in Odisha’s Rayagada town in the last 4 months.

The process of counting the cash, donated by the devotees in the ‘Hundi’ (donation box) of the temple was started at 8 am on Wednesday. The members of Venkateswar Kalyan Mandir and Gems Tutorial in the town were engaged to count the currency notes. It took them around 12 hours to count the donations.

The counting was carried on in presence of the members of the temple’s board of trustees, officials of Endowment department and police on the temple premises. Elaborate security arrangements were made for the purpose.

At the end of the counting, the total donation in cash was found to be Rs 1,01,23,000. Besides, Indian currencies, US dollar notes and African currencies were also found from the donation box, said Radhakrishna Dalei, a member of the temple management committee.

“The devotees had also dropped gold and silver jewelleries in the ‘Hundi’. Apart from the cash, 104 gram of gold ornaments and 2,670 gram of silver ornaments were also donated,” he added.

The donation box in the temple was last opened in March. The currency donations were found to be Rs 75 lakh after counting besides 54 gram of gold jewellery and 2.6 kg of silver ornaments for the deity.

Dalei said the entire cash donations have been deposited in Utkal Gramya Bank while the jewelleries have been stored in the treasury of the temple.