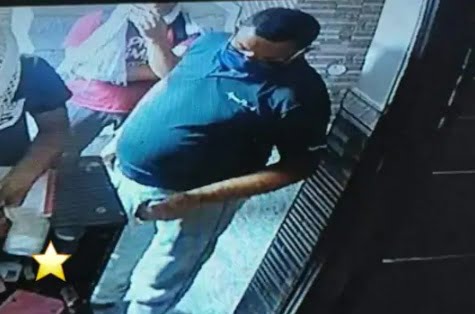 New Delhi: Wanted gangster Vikas Dubey, whose henchmen killed eight UP police personnel, was spotted on a CCTV recording at a hotel in Faridabad in Haryana.

Police raided the hotel and took three people for questioning.

Dubey reportedly tried getting a hotel room but couldn’t because of lack of documents. He was, however, able to escape before police arrived at the hotel.

Two of his close aides were arrested from Faridabad by UP STF. Dubey is reportedly trying to surrender before a court in NCR area.

Eight policemen were ambushed in Chaubeypur police station area when they went to arrest Vikas Dubey in Bikru village on Thursday midnight. One of the dead is a DSP.

The notorious criminal carries a reward of Rs 2.5 lakh.