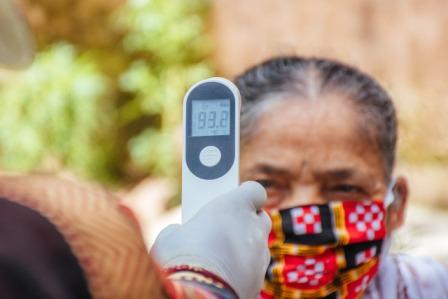 Bhubaneswar:  Amid the declining COVID graph, Odisha has been witnessing an upward trend in fatalities due to deadly diseases. The state reported over 50 deaths due to the deadly disease for two days (Monday & Tuesday) in a row and 281 in the last six days.

Speaking to mediapersons on Tuesday,  Director of Medical Education and Training (DMET) CBK Mohanty attributed the rising deaths to ‘lagged Case Fatality Ratio (CFR)’. “The death tally doesn’t reflect the figures of that particular day but also include those released after an audit being carried out at various levels. It takes some time to verify whether a patient succumbed to the virus or his death was due to comorbid conditions,” he said.

According to sources, the death toll is likely to increase further and so also CRF with over 700 deaths – mostly from Khurda, Sundargarh, Bargarh, Kalahandi, Balasore, Angu Sambalpur and Jajpur – pending audit. The 30 districts are divided into three zones and a director is in charge of auditing deaths in each zone.

The deaths in each district are first reviewed by the district-level committees, led by an officer authorised by the collector and not below the rank of the additional district magistrate. These reports are further reviewed by a state-level committee, which includes the directors of medical education and training, health and public health.

In May, the state saw 660 COVID deaths while the number swelled to 1,272 in June. The CFR also touched one per cent last month against an average 0.37 per cent in the second wave.