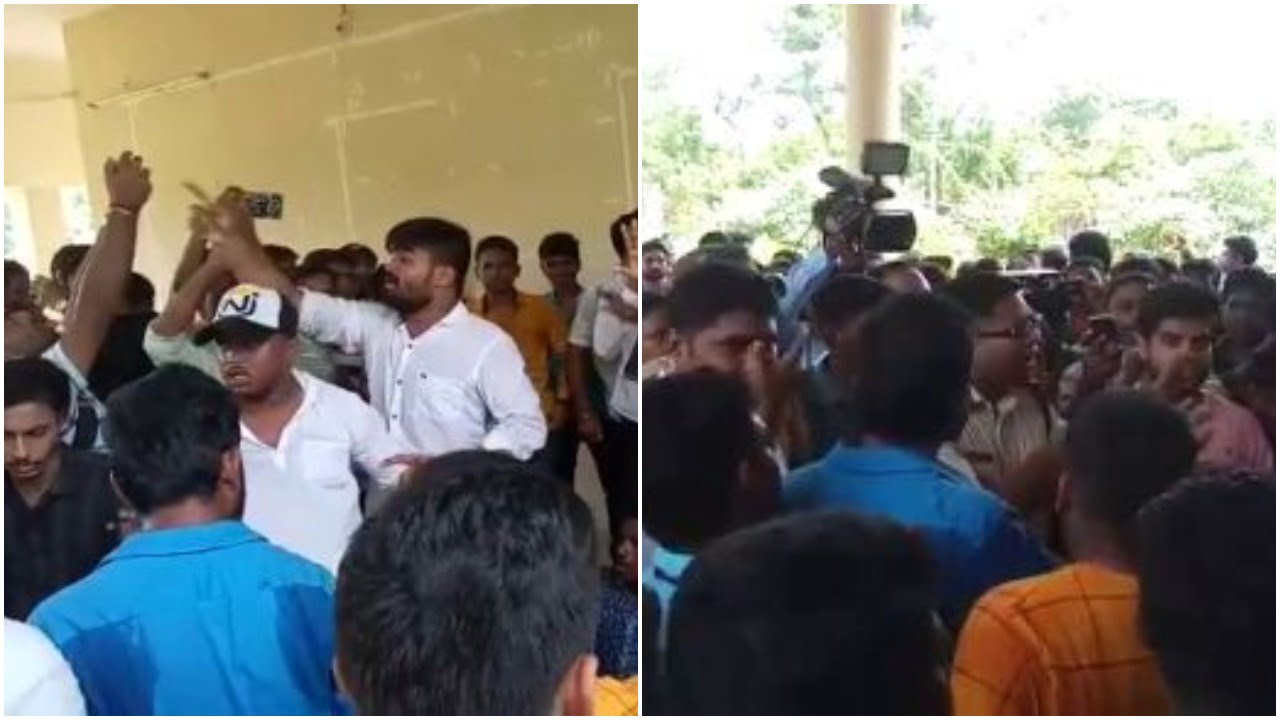 Talking to the media, the agitating students said despite an increase in the fees, there has been no infrastructure development in the university.

Alleging that there was no supply of drinking water to the ladies hostels, the girl students said that the Vice Chancellor had not visited the hostels since taking charge. “The plaster of the ceilings of the roof of these hostels can fall off any time. Besides, the food supplied to us is of sub-standard quality. Some of our inmates are suffering from diarrhoea after consuming these contaminated food,” they pointed out.

The students also spoke about vacancies in the varsity. Most of the departments are now running without a professor, they pointed out.

They also alleged that the authorities are not conducting the examinations as per the schedule.

Raising the issue at the entrance to the university, the students said due to the construction of the flyover, the students, teachers and the staff of the university are forced to take the wrong route on the National Highway and enter the University. As a result, there are minor and major accidents every day. “We demand an alternative road to avoid such mishaps,” the students maintained.

Apprehending law and order situation, a platoon of police force has been deployed at the university.