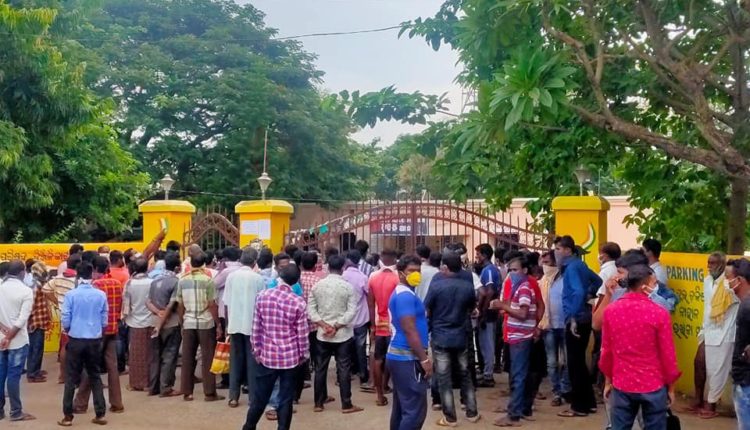 Berhampur: Police resorted to lathi-charge to disperse the people who were sitting on dharna in front of the Hinjili police station since Sunday morning. The dharna was launched after the police detained 5 persons of the village.

The police said the 5 persons were detained for allegedly setting fire to eight vehicles including two tractors, three trucks and two motorcycles used for sand smuggling from a riverbed at Kolidaspur late Friday night.

Protesting the arrest, about 200 people of Kolidaspur sat in dharna before the police station. They were demanding the arrest of the culprits who were lifting the sand and  release of the 5 villagers detained by the police.

Condemning the lathi charge, BJP leader Bhrugu Baxipatra said instead of taking steps to curb the smuggling of sand, the police have taken action against the local villagers who requested the district administration to check the crime.