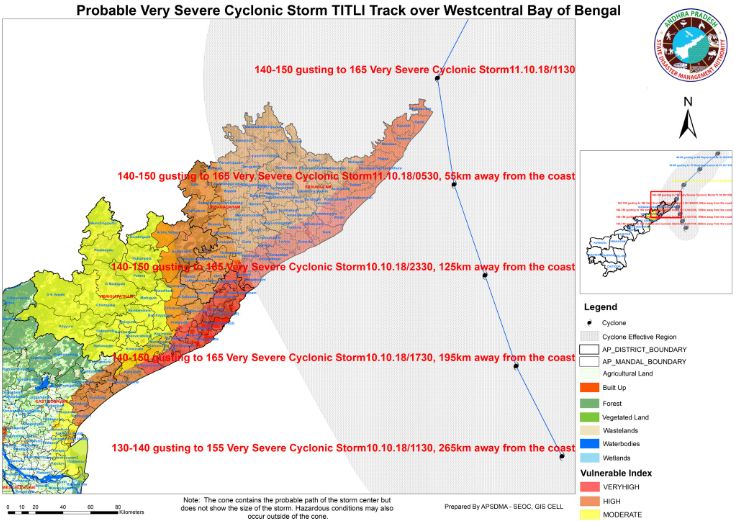 Bhubaneswar: Panic grips the coastal areas of Odisha as the very severe cyclonic storm Titli is all set to cross the Odisha coast in the early morning on Thursday.

As informed by the additional director general (ADG) of the India Meteorological Department (IMD), Mrutyunjay Mohapatra, from New Delhi in the afternoon on Wednesday, the latest observations indicate that the severe cyclonic storm Titli over the west-central Bay of Bengal, moving in the north-west direction with a speed of about 15 kmph, has intensified into a very severe cyclonic storm and lay centred about 280 km south-south-east of Gopalpur and 230 km south-east of Kalingapatnam. It is very likely to intensify further during next 12 hours and move in the north-north-west direction and cross Odisha and adjoining north Andhra Pradesh coasts between Gopalpur and Kalingapatnam around 5.30 am on October 11. Thereafter, it is very likely to re-curve northeastwards, move towards Gangetic West Bengal across Odisha and weaken gradually.

“Under the impact of the cyclone, the wind speed is most likely increase to 140-150 kmph from Wednesday afternoon with gusting up to 165 kmph from the night onwards along and off the south Odisha and adjoining districts of north Andhra Pradesh coasts and 70-80 kmph with gusting up to 90 kmph along and off the north Odisha and the remaining districts of north Andhra Pradesh coasts,” Mohapatra said. 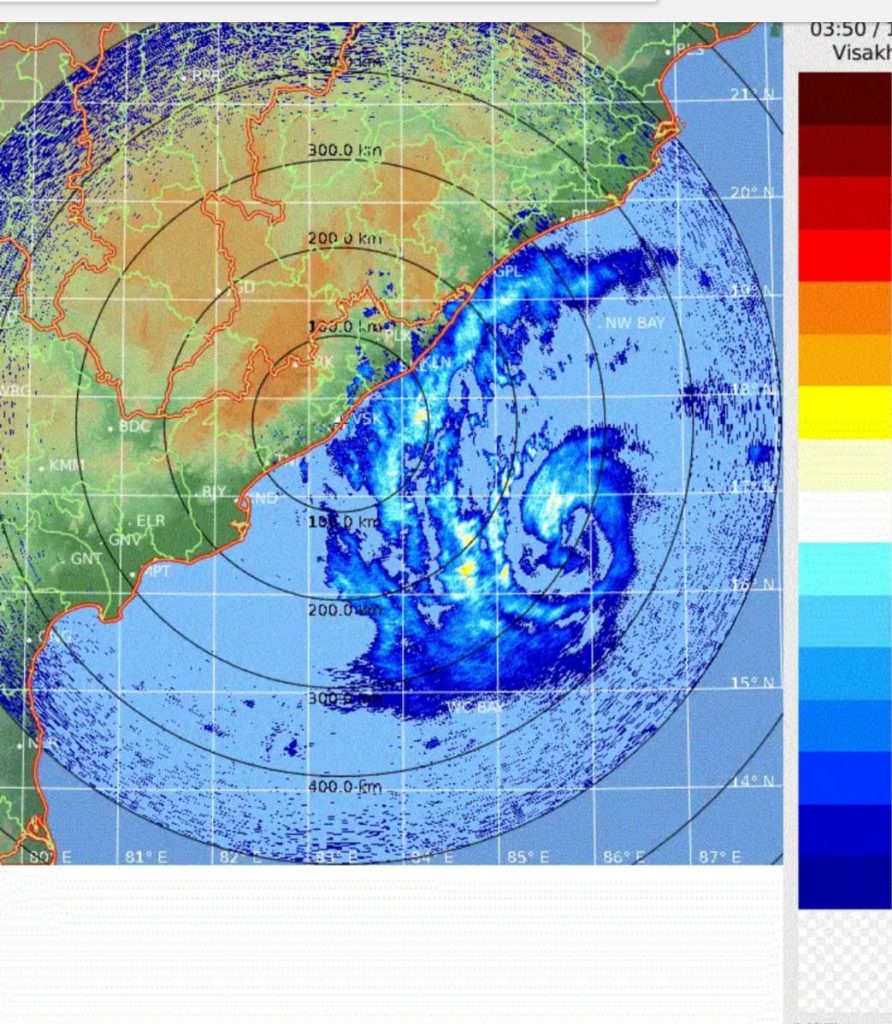 The cyclonic storm will surge to a height of about 1 metre above the astronomical tide which will  inundate the low lying areas of Ganjam, Khurda and Puri districts at the time of landfall, the release said.

It will mostly affect Gajapati, Ganjam, Khurda, Nayagarh and Puri districts and damage thatched huts, houses, power and communication lines. There will be major damage to kutcha road and minor damage to pucca roads. Under the impact of the cyclonic storm, big trees will be uprooted. Besides, it will also damage the paddy crops and other horticulture plants. There is also a possibility of sea water inundation in low lying areas following erosion of kutcha embankments, it pointed out.

The IMD has advised the state government to suspend fishing operations and evacuate the coastal hutment dwellers to safer places.

It has also advised the fishermen not to venture into the sea along and off the Odisha coast and central and north Bay of Bengal till October 12 and asked the port authorities to hoist local warning signal no-4.