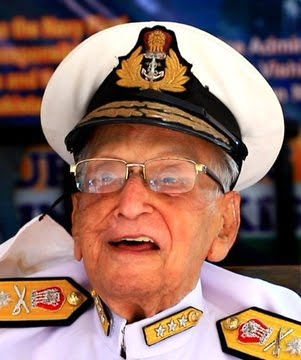 Bhubaneswar: Vice Admiral SH Sarma, PVSM, a veteran of three wars, is in critical condition at a hospital here.

The seniormost living veteran of the country, he was recently felicitated by the Centre. On December 1, he celebrated his 100th birthday at his residence here. Admiral Sarma is in the critical care unit of Care Hospital. 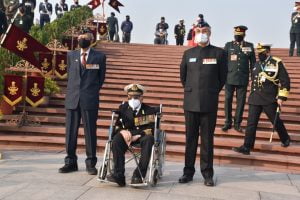 Admiral Sarma was the youngest cadet on HMS Dufferin, joining at the age of 13 years and eight months. He is the only living veteran who has seen action in World War-II and both the 1965 and 1971 wars. His role in the 1971 war against Pakistan, as Fleet Commander in the Bay of Bengal, were pivotal in India’s victory. The Eastern Fleet, under his command, launched 93 airstrikes against the enemy instead of a planned five, pounding the enemy into submission without any loss of Indian lives.

As part of the commemoration and to coincide with Vijay Divas, Admiral Sarma was invited to New Delhi and was felicitated by the Navy. On December 13, he laid a wreath at the National War Memorial on behalf of the Indian Navy, and also wrote a message in the electronic visitors book there. On December 14, the veterans were felicitated by Defence Minister Rajnath Singh at Delhi Cantonment.

Most Omicron Cases In India Are Mild Or Asymptomatic: Analysis