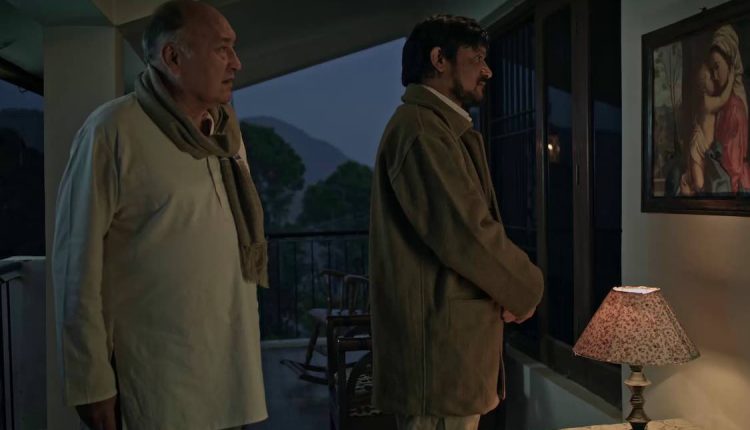 Through this film, starring acclaimed actors Victor Banerjee and Subrat Dutta, producer and civil servant Ashok Mahapatra has paid tribute to his father, Umakanta Mahapatra, by bringing one of his most affecting Odia short stories to the big screen.

Bhubaneswar-based acclaimed filmmaker Susant Misra was his first choice to helm the film. Susant’s first feature film, Shadows of the Rainbow, won a National Award and was also the only Indian film selected for the Cannes Film Festival that year. His second feature in 1999 starring Nandita Das, and his third feature Dharini starring Kirti Kulhari was produced by NFDC, both of which travelled to many prestigious film festivals across the globe. Josef-Born in Grace is his fourth feature film, after a break of almost 16 years.

Adapting the short story into a full-fledged screenplay was a challenge for the makers. “There’s a timelessness in the story, it leads you to a different kind of spiritual zone, to the tranquillity and silence of the hills. We adapted the simple story by Umakant and gave it a cinematic form,” said Susant.

The film is already receiving positive reviews from critics and audiences alike.

The film has been selected in prestigious film festivals across Europe, the US, Canada, Madrid, Boston, Sri Lanka, Houston, Los Angeles, Dhaka and many more, where it picked up almost 17-18 awards in many categories.

“The audience will experience the beauty and silence of the Himalayas and the simplicity of the hill folks. Finally, they will go back knowing that no matter what happens, everyone has a purpose in life,” said the producer.

The feature film explores in its unfolding of time, the different paths that Father O’Hara, a missionary doctor, Josef, an orphan baby, and caretaker Maularam take in their respective journeys for spiritual fulfilment through memories, duty, and search as well as their interaction with friends and acquaintances.