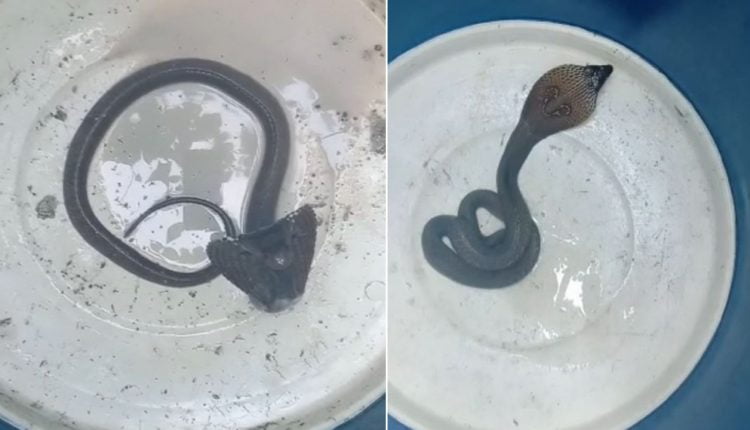 Jajpur: In a bizarre incident, villagers at Mangovindapur under Jajpur Road police station limits caught a poisonous snake and put it in a locked room for two days after it bit a child in the family and refused to let it go despite appeals from Snake Helpline volunteers and Forest department officials.

On receipt of information, Snake Helpline volunteers reached the coastal village and tried to rescue the Cobra and release into the nearest jungle, but the superstitious villagers offered stiff resistance and declined to part with the snake as they believed that “the child might die if they freed the snake.”

Meanwhile, the child was admitted to SCB Medical College and Hospital in Cuttack for treatment while the Snake Helpline volunteers accompanied by Forest officials tried to convince the villagers to allow them to rescue the poisonous snake.

Snake Line volunteer Ramakant Mahanta, however, managed to rescue the snake and told mediapersons that he would release the reptile into Boranga forest.

Odisha Police Official Slaps Case Against Himself; Know Why