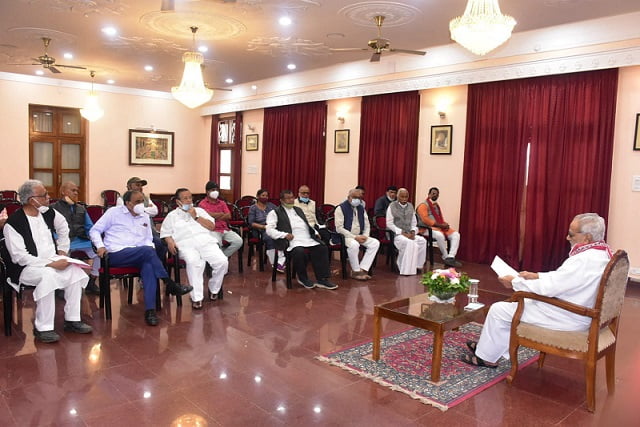 Cuttack: The Orissa High Court on Thursday asked the state Home department to submit a status report on the ground situation in Dhinkia village in Jagatsinghpur district, where villagers clashed with police last week over demolition of betel vines for a proposed JSW steel plant.

The HC also directed that there should be seamless movement of essential commodities in Dhinkia and nearby areas.

Two PILs have been filed in the HC over the police lathicharge against villagers of Dhinkia. The PILs have sought protection of human rights, free treatment of injured villagers, adequate compensation to affected farmers and halt to alleged forceful eviction of villagers.

On Thursday, a delegation of over a dozen political parties submitted a memorandum to Odisha Governor Ganeshi Lal, seeking his intervention to stop what they called “police atrocities” in Dhinkia.

The parties alleged that the Odisha government was using police force to evict villagers, that the men have left the village out of fear, police had cordoned the villages and ration supply was not reaching them. They demanded that the police should be withdrawn from Dhinkia, demolition of betel vines stopped and arrested protesters released.

Last Friday, police and villagers opposing the demolition of betel vines clashed, leaving several injured on both sides. Six persons, including former panchayat member Debendra Swain, who has been campaigning against the proposed plant, were arrested.

Three days after the clashes, land acquisition work for the project resumed on Monday.

The state Congress party has also constituted a fact-finding committee to inquire into the violence in Dhinkia village.

On Tuesday, senior officials of JSW visited several villagers near the proposed site and spoke to villagers, hearing their demands and discussing ways to expedite work.