[Watch] A Slice Of Odisha In ‘Brahmastra’: Know What It Is 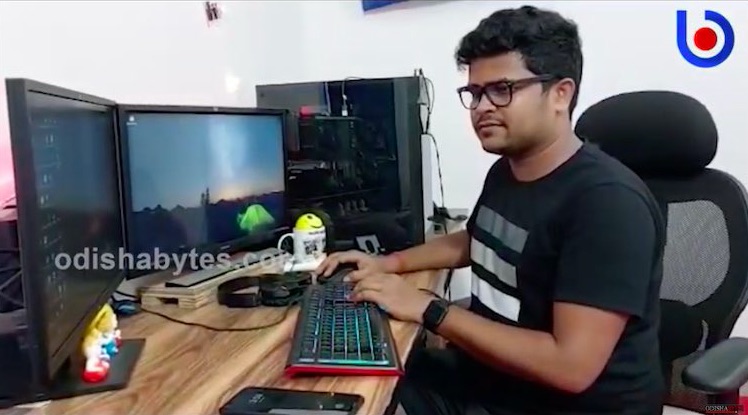 Bhubaneswar: Do you know there is an Odisha connection to Brahmastra: Part One-Shiva, starring Ranbir Kapoor and Alia Bhatt?

Watch the film’s credits and you will spot the name Subrat Padhi.

He was part of the film’s VFX team. Brahmastra may have divided cine-goers and critics drawing both praise and criticism, but everyone agrees that the film is a VFX masterpiece, pulling crowds to theatres who are in awe of the visual treat. Subrat is from Haripur village under Bari block in Odisha’s Jajpur district. After doing a course in VFX from the Zee Institute of Creative Art (ZICA) in Bhubaneswar, he started working at Quantico Films.

After that, he joined Byjus as a cartoon compositor and then Bollywood-Hollywood studio ReDefine, which gave him a chance to work in Bollywood movies, eventually becoming a part of Brahmastra.

Earlier, he worked on television series such as ‘Vighnaharta Ganesha’, ‘Tenali Rama’ and ‘Swaraj’.

Subrat had enrolled at an ITI institute after matriculation but his heart lay elsewhere. “I did not enjoy my stint with ITI and learnt how to operate the camera and then with time drones while spending time at a friend’s studio and working on wedding projects. He also taught how to edit videos,” he said.

The thirst to learn more about this medium saw him upskill himself at Zee Institute of Creative Art (ZICA) in Bhubaneswar. “I got to know about the institute while surfing through Facebook. I had watched ‘Bahubali’, where VFX were crucial to the film and wanted to know more about this technology. That was my first visit to Bhubaneswar,” he said.

That was a one-year course and he landed a job in the next six to seven months, he said.

“I was initially selected for compositing. My first project was ‘Vighnaharta Ganesha’. But not much importance is given to the quality of work in teleserials since there have to be telecast immediately. After ‘Tenali Rama’, Kanmakhya Prasad Sahu gave me an opportunity in a web series for MX player,” he said.

Taking about the VFX effects, he said that blasting a mountain cannot be shown in real, so, it is done through this technology by matching it with the live action.

Prime Focus, founded by Namit Malhotra, chairman and global CEO of seven-time Oscar-winning company DNEG, was in charge of Brahmastra’s VFX, which it did on a budget that is a fraction of Hollywood blockbusters. British-Indian studio DNEG has won seven Academy Awards for its VFX works in movies like Dune, Tenet, First Man, Blade Runner 2049, Ex-Machina, Interstellar and Inception. It even has Emmy wins for the visuals of Star Trek: Discovery, Chernobyl and Dreamkeeper.

Rain To Continue In Bhubaneswar, Cuttack & 19 Odisha Dists Till 5PM