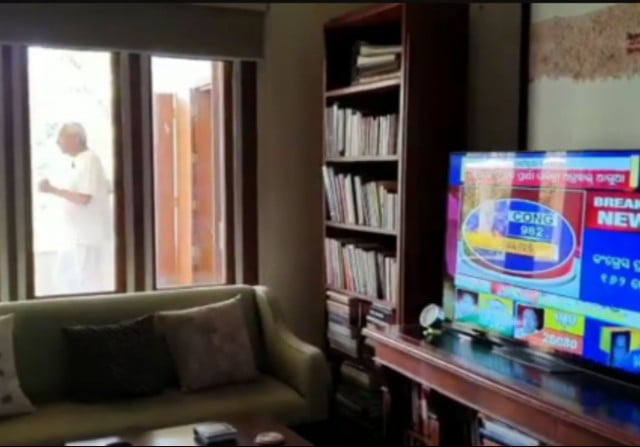 Bhubaneswar: With Patkura polls going the BJD way, party president and five-time Chief Minister Naveen Patnaik has once again proved that he is invincible in Odisha.

He is battle-fit. A video, reflecting his cool attitude during the counting of votes when he went about his usual fitness regime on Wednesday morning, has gone viral on social media.

The BJD supremo is seen jogging in the corridor of his house at around 10 to 10.30 am after the sixth round of counting with a TV screen in the foreground showing Live feed of the Patkura election bulletin on a local news channel.

Ahead of the Odisha assembly elections, a similar fitness video of the CM had gone viral, quashing claims of his failing health. In the video, Naveen was seen doing workouts, cardio, jogging, yoga and light weight exercises at his home gym.

Here Is What Leaders Are Saying About Patkura Poll Results