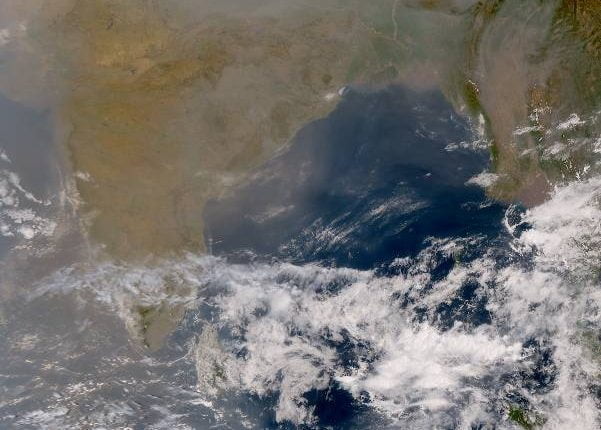 It is likely to continue to move east-northeastwards, become a well-marked low-pressure area and lie over southeast Bay of Bengal and adjoining south Andaman Sea on March 19 morning. Thereafter, it is likely to move nearly northwards along and off Andaman and Nicobar Islands, intensify into a depression by March 20 morning and into a cyclonic storm on March 21. Thereafter, it is likely to move nearly north-northeastwards and reach near Bangladesh north Myanmar coasts around the morning of March 22, it added.

Under the influence of the low pressure, Odisha is likely to experience a fall in the maximum temperature by 2-3 degrees Celsius during the next two days, the regional centre had tweeted earlier today.

The cyclonic storm, however, is unlikely to have any impact on the state if it follows the predicted trajectory.

The IMD, however, has forecast light to moderate rain or thundershower at one or two places in Rayagada, Kandhamal, Ganjam, Gajapati, Angul, Dhenkanal, Jajpur, Bhadrak, Balasore, Keonjhar and Mayurbhanj on March 21. One or two places over the districts of Coastal Odisha, Mayurbhanj, Balasore, Kandhamal, Rayagada, Koraput and Malkangiri are also likely to experience rain during the subsequent 24 hours.

The storm may make the weather hotter and drier in Odisha, thereafter. The reason: Cyclonic system drags the wind flow to sustain its heat engine. It may lead to a rise in the temperature with the northwest wind blowing into the state from March 21 onwards. The maximum daytime temperature is predicted to hover around 42-45 degree Celsius between March 23 and 29 in western and central Odisha. After a brief fall in temperature, the mercury may soar again in Bhubaneswar from March 25, according to the NCEP-GFS model.

Since 1891, according to records available with IMD, five of seven weather systems formed had intensified into cyclonic storms. Of these, only two had hit land while the rest five fizzled out in the ocean. One of them had hit land Tamil Nadu coast in 1925. Earlier in March 1907, a similar storm hit the Sri Lanka coast.