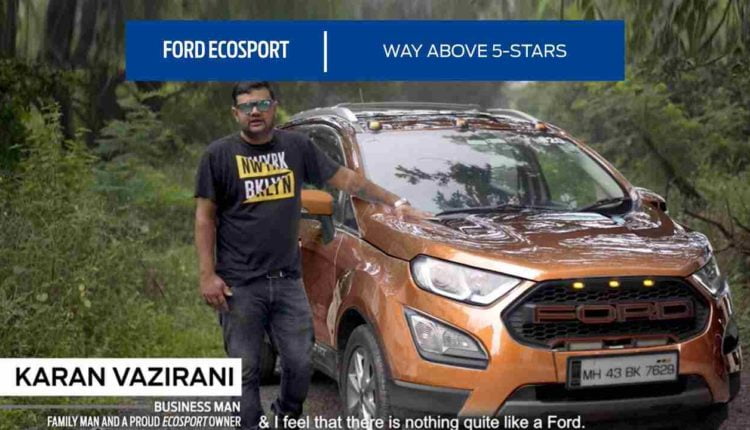 Bhubaneswar: Taking a swipe at the Global NCAP crash test ratings of Maruti S-Presso, Hyundai Grand i10 and Kia Seltos, Ford released a commercial showing a real accident of its EcoSport and claimed that its safety is “way above 5 stars”.

However, the India-spec EcoSport has not been tested by GNCAP yet.

In the ad, a dashcam shows a truck hitting the Ecosport after jumping a median. As the airbags get deployed, the owner stays safe and thanks Ford.

The EcoSport that is exported had got a 4-star rating. It was updated with 300 new parts.

Recently, Tata also took a jibe at Maruti’s zero-star rating of the S-Presso. Most of Tata’s current cars have received 4 to 5 stars in GNCAP crash tests.

Of the cars that have been crash-tested recently by GNCAP, Mahindra XUV300 has received the highest scores in all categories.

This Odisha District To Increase Surveillance Against Child Labour