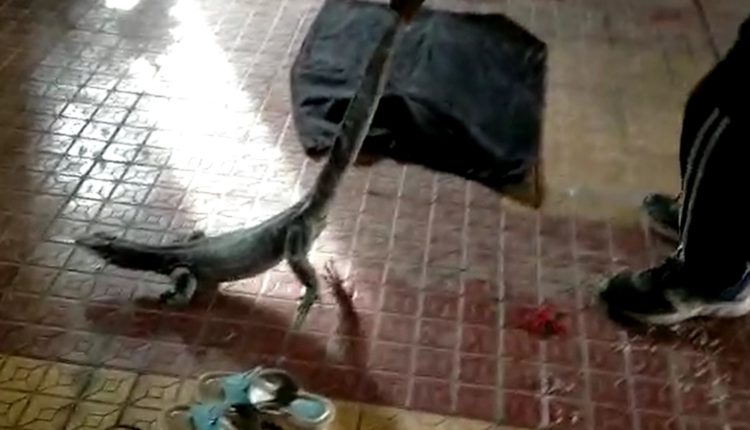 Bhubaneswar: A Giant Bengal Monitor Lizard, which got stuck in a washroom of a house in the city, was rescued on Thursday.

The family spotted the Monitor Lizard in the washroom on the ground floor of the building at Lane 6 of Kapileswar Vihar, four days back. They suspect that it entered the room through the skylight after scaling the wall from outside with the help of a plastic pipe fixed to it.

As the floor and walls of the washroom are fitted with slippery tiles, the giant lizard was not able not to climb back. To help it climb out, the family members sprinkled some bleaching powder inside the washroom. But it failed to serve the purpose.

As the family had closed the washroom door, the giant lizard attempted to escape through a hole in the toilet, but in vain.