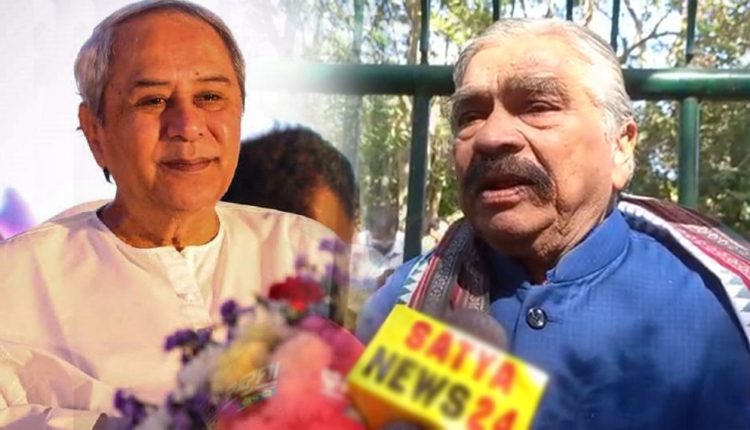 Bhubaneswar: In a stinging attack on Odisha Chief Minister Naveen Patnaik ahead of Hockey World Cup, veteran Congress leader and MLA Suresh Routray said pictures of legendary persons like Harekrushna Mahtab must also be displayed instead of projecting only BJD leaders.

Urging the Chief Minister to refrain from displaying the pictures of only Biju Patnaik and ruling BJD leaders while beautifying the capital city, the Jatni legislator said the contribution made by Mahtab and J B Patnaik for the development of Bhubaneswar should not be ignored.

“Unfortunately pictures and photos of only BJD leaders are being displayed all over the city. It is injustice,” he said.

“Please remember and respect all. It will be good. Instead of displaying photos and pictures of your father (Biju Patnaik) and BJD leaders, remember others who have contributed immensely for development of Bhubaneswar,” the firebrand leader said.

Stating that poor people’s money is being spent while making arrangements for the Hockey World Cup, he said funds for the mega event do not belong to anyone’s paternal property.

While welcoming the beautification and cleanliness drive launched ahead of the mega event, Routray said the Chief Minister should pay attention to curb the mosquito menace in the state capital.

The government must protect the people of Bhubaneswar from mosquito menace first before going ahead with beautification of the streets and walls of the state capital, he said, adding that mosquito control measures will also protect the players and other visitors who are set to gather in the state capital for the mega sporting event slated to begin on January 13.

News Dieting: Is Anyone Game For It?